/ Fantasy Romance / Dance With The Wicked 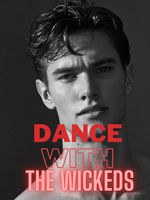 Dance With The Wicked DWTW

The death of her sister shocked Belle but that didn’t stop her to step into the mystery of her sister’s murder. But what if those murderers aren’t done by a supernatural being? Belle’s sister died the day before her marriage. People claimed she had killed herself but Belle didn’t believe the investigation and decided to take it by herself. Everything comes down when she had no rules, and the only way for her to find the bottom of the mystery was to call up a demon. Except, this demon is a willful, selfish, and as handsome as devilish he was. Extract: In fear, Belle tried to dash but a hand had sneaked out from the black fog, holding tightly to her elbow. What followed the tight grip on her arm was a voice that sounded deep— deep enough to sound as though he hell was shallower compared to him. "Now, now, where are you running, little prey?" Belle didn't know what she had done. She didn't know what force had caused her to activate what she did. She didn't know what had happened either as her mind was slow to grasp her surrounding. But there was one thing she knew after staring back at the bright red eyes across her. She was looking at a demon. She had called a demon.