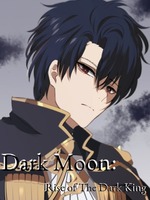 >His past play big role for his current internal conflict, please be patient.

Angelus Raizel Reinheart, the second prince of Asteria, better known as Asteria's Demon Prince.A mysterious accident took his father's life and cursed him with the power of darkness he never knew, making everyone doubt his identity. His uncle treats him as a war puppet even forcing him to relinquish his right to the king's throne and his cousin treats him like a sworn enemy. Feeling guilty for his father's death he decided to give his blind loyalty to his kingdom and accidentally fell in love with an unknown woman. But when things started going well, he was accused of rebelling and was brutally executed. A dark power revives him, but he's not the same person they once knew...

First Arc - King of Euphorion
Leaving his homeland, he lived as a hunter in a foreign kingdom but who knows in his journey that he discovered the truth that the power of darkness within him made him have another fate. The fate of a king who will carry a heavy burden for the entire Andromeda continent...

Second Arc - His Art of War
Five years have passed, after he erased his past and decided to protect what he had now, his family found him alive and attacked his kingdom. Experiencing a dilemma between the kingdom he must protect and his homeland, he finally decided to conquer his own father's kingdom and come back to his homeland as a real traitor...

Updated every Thursday and Sunday.

*********
Warning:
>This is an Action-Romance Fantasy Story. I won't follow the rules of the king/prince / princess has to be protected, instead, I will make them wield weapons and bring them to the front lines. It also has its own rules including about the throne inheritance that is different from the real world.
>I'm not a pro writer, so there will be a lot of errors.
>Cover by commission yulianahery from sketchmob.com