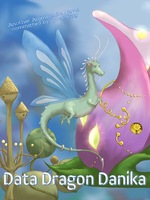 After a great deal of preparation, Danika begins her new digital dragon's life in a very small way.

They say the "Living Jade Empire" creates individualized quests. They say it can read your mind. They say you can find your heart's desire. They say that there's never been a game like it, and they're right but… they're also wrong.

The game is a data mine, built to retell the old tales that humans have been telling each other since language was invented. It doesn't read your mind, but it reads your search history, your favorites, and your blogs. The "Living Jade Empire" is literally crafted from fables, legends, fantasies, and maybe just a bit of stardust.

But in the end, will the game be able to figure out what Danika wants most? Will the desires of other players take priority? Or, will playing it change her, until she desires what it can give her?

A journey is always made up of many small steps, and this game has still only just begun.