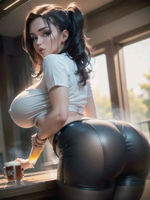 Constantly entangled in a never-ending cycle of reincarnation, Finn Adrian is determined to make it in a world that has been forged to go against his progress. Finn believes no one can be trusted.
Dying a thousand times has impacted him strongly. A strong, cold-hearted, hateful at the same time calculated villain he turns out to be. Now blessed by the gods with a system that at first turns out to be a nightmare,

*[You will now be reminded of your roots. Memories will be played while the host is asleep]

“What?! Memories?" Finn stutters as the only memories he had and knew about were of him dying not once, not twice but a thousand times!!...*

Eventually, things begin to look up for him. The system would become the only one he shared a connection with that didn't involve his dubious plans.

Now with the various powers that come with the system, Finn is determined to change his Fate by any means necessary. But along the way, he will meet obstacles that would pose an existential threat to him. What happens when the prey becomes the hunter? Because his main target isn't a target at all.


Check out my other work if it turns out you like this one.

Events are going on!!! So join the dicord and help the novel as much as
possible with your contributions to earn the rewards I have set up for you all.

The top 3 fans would be rewarded with coins while there will also be specially
commissioned chapters and some spicy bonus chapters for all of you.

More info on discord, so don't forget to join the discord community.

Also, don't forget to vote for the novel with power stones and Golden tickets
as this would increase your chances of winning by a lot.