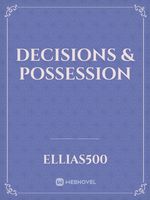 Note: I will try to update every other day. So chapters may be short, but there are new ones released rather often.
Aaron Léon. Beautiful like an omega, but not. What is he? Beta? Omega? Alpha? No, he is a medical anomaly. What is he? No one can find out.

Aaron will do anything to protect his twin sister Sarah, and his omega mother who adopted him and Sarah young, David. Sarah is starting university at the age of 19, but Aaron still has to take one last summer job at a company that focuses on the research of alternative genders, aka omega, alpha, and beta. Its called Searon. Searon is the most dangerous place to be for someone like Aaron, but he needs to pay up so he can protect his sister while attending the same university.

But what happens when your world is flipped?

When Aaron meets the son of Searon’s CEO, shit hits the fan. Rowan Searon is large, beautiful, dark, and possibly crazy. He may have an inkling as to what Aaron is. But how? Aaron starts to suspect that something dark is happening within the company, something that could answer the questions to what he is... and what the hell Rowan is. What did they do to make Rowan like this to Aaron?

But what if he can’t get away?


WARNING: THIS CONTAINS GRAPHIC TOPICS LIKE MURDER, RAPE, AND MPREG. ITS VERY DARK, BUT ALSO CONTAINS LOVE BETWEEN MALES AND LOVE BETWEEN FEMALES. IF YOU ARE UNCOMFORTABLE WITH ANY OF THIS, PLEASE KNOW THAT I WARNED YOU.