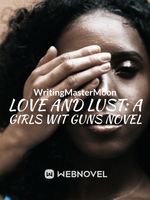 I remember the first time I saw her she was walking to class in a dark blue winter coat I watched as she stopped at the light and stared at her hands without mittens. She looked up at the light her eyes filled with a numbness similar to death. But she had no reaction she just stared. She turned and her hair caught a gust of wind . She was beautiful her long whit hair only becoming whiter with each drop of snow that fell. I knew then that she had been complete unfaced by the cold. She was still as she faced me her eyes fluttering only giving me a second to stare into her deep blue eyes. She smiled slightly as she crossed the street.

It had been two years since that encounter and i could never understand. How someone could fit the name since queen so well. I walked out of my room into the halway when the boss lady appeared.

She stared dead at me through her mask.

"Didn't I tell you to call me Dr.Fetish.."she stared at me sternly. My body tensed up at the realization of my mistake.

"Sorr.. Bo..Dr. Fetish "I watched as she turned her stiff face into a smirk

"Much better" she said walking past me

She stopped and grabbed my shoulder

"She is fresh meat so I expect you to get that kink out of her nicely ".

She pulled at my ear. Before she turned and walked off down the hall. I watched as she swayed her hips. I never quite understood how she got into this business. She was pretty enough to be a model and with a body like her. I mean it was all natural. I never understood it.

This place is full of mystery just like our boss but the pay in great so. I do my best.

I turned around and walked out of the hall way into the dressing room.

I slipped my mask off. Staring it in the mirror

How was the client today I heard she has a major bondage fetish.

Val.. you know where not supposed to talk about that.

Yeah but he said tugging at my shoulder

He looked at me disinterested

I looked back at him

" Your not really into anything you might as well be a block of ice". Val said

"Oh do tell" he grabbed my shoulder

" Fine then be that way" Val yelled as I walked out the door.

Back into the hallway I went only i went into the white hallways this time. Although all the hallways had the same decor all had different colors .

There was the blue hallway, The black hallway, the Purple hallway and the red hallway where I

had been all represented the darkness of the kink. I did light bodage and breath play but the hardcore stuff was in the black hallway. I was happy to be working my way up. But I had preferred the blue hallway not only because of its color but because of its clients. I smile, hoping that my fresh blood would be in the blue. Who was I joking they are always in blue first.

I smiled again as finally reach the bathing room. I happened in the shower. The water was cold.I liked it could I had pent up energy that needed to get out. I tuned the water down lower. As I thought of her. The Ice queen from before. My member got hard as each drop fell down. I could only allow it to grow as I put my head against the wall the water trailed down my back . I closed my eyes as I encased myself. I could feel the water each drop I imagine it was her cold hands he lightly coated fingertips . I imagined her tailing her hands down my back. I could feel her hand trailing from my neck all the way don't to my side i could feel her hands touching my member. Her running her hands up and down my body until she brought them back to my member. I could feel her . The way her could tongue touched up against my already growing hard, hot member. It made me shudder as I thought about it. The ways she would envelope me her tongue sliding up and down my member her hand pulling at my waist so he could go deeper. I closed my eyes as I climaxed into her mouth. I breath out hard as I opened them again. Only to find myself alone. I looked down at my hand. The sticky liquid rains down as the water washed it of my hand and far away. I finished washing up and got dressed. I decide to head home.

I don't know what type of kinky person i would receive tomorrow. I said as I unlocked my door.

I crashed as soon as I hit the bed.

She had been on of the normal workers she didn't get into the kinky stuff she gave out normal massages to those who needed it. Her and a few other knew about the other things going on her . she managed them and the other regular employees. Making sure the dirt never spread.

"Hey Nate" a few other employs smiled and waved. I waved back as the group of them headed to the changing rooms.

"Good Morning guys" James said as he and Dax walked in. No one would ever think they were siblings if not for them saying it. James had bright blue eyes and blonde hair to match it. He was the older sibling but was considerable a lot shorter then Dax.

Dax was a taller guy with broad shoulders He had dark blue eyes and brown hair. I never liked him he was more like the bosses pet. It could have just been a rumor to the others but I had seen the way they played together. She was in complete control of him. I knew that was probably why he was always so quiet. The other reason was that he was deaf and preferred not to talk in anything other than sign. His eyes lit up as She walked into the lobby.

She never showed us her face.I wondered why.

she smiled as we all said it.

"You guys prepared for today" she smirked

Okay then, you guys can go get changed.

We all walked to our changing room.

It showed a picture of her membership card and it had a few items.

She will need special attention and detail she has a thing for heat."-Dr.Fetish