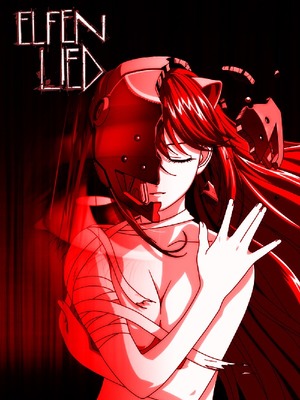 Based on the best-selling manga and anime. The series begins with her memorably violent escape from the research facility that held her captive, and how she is subsequently taken in by two college-bound cousins, Kouta and Yuka. A bullet wound to the head sustained during her escape creates a split personality for her, and in this childlike persona she is found and taken in by the cousins and named Nyu (or Nyuu). Though Nyu is often the dominant personality, Lucy still emerges again at different times, especially when Nyu feels threatened. Lucy's escape prompts the research facility to send out forces, both human and Diclonius alike, to recapture her, which puts a strain on the otherwise peaceful life she comes to find the cousins and their growing "family." As the series goes on, new characters get introduced and past connections, which are often tragic, are revealed among the main characters, especially Lucy and Kouta.