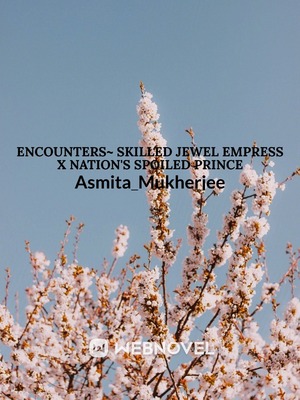 Warning: If you want to earn EXP, don't do it at the expense of my novel. ANY ZERO CHAPTER REVIEW BE DELETED BY ME!

"Come at me with all your might. I will silence your cries at the expanse of night."

Sara James~ 23-year-old CEO, filthy rich, capable, arrogant, elegant, sharp and deadly dangerous!
Riley Brown~ 25- year-old, charismatic, wild natured, cool, carefree and the nation's prince!
She has a secret covering 7 years of her life.
He... is rather mysterious when it comes to dealing with life! They were not meant to be. But 'ENCOUNTERS' do happen!

"As a lady, have you ever chased a guy, so passionately and so romantically before?" she spoke as she twirled in front of the camera like a professional vlogger.
He amusedly tossed the camera away. It landed quietly on the velvet sofa. Then, with one swift movement, he lifted her and made her seat on the kitchen counter.
He had his arms hooked tight around her waist. He slowly leaned closer and she closed her eyes in anticipation. But, instead of a kiss, she heard a hoarse whisper right beside her ear, "As a lady, have you been desired so much by a man before?"
Hearing his suggestive word, she blushed. Then, she prodded her forefinger and jabbed his chest in an attempt to push him away, "Mr. Brown, isn't it going out of the script?"
Saying so, she jumped down but was held back and pushed into a corner. He aimed at her lips, nibbling them gently, "Mrs. Brown, don't you like when it's out of the script?"
"Mmm-hmm", she moaned, enjoying the kiss.


---
Hey, there! Greetings from the author. Mind you, I am a student... So, I may miss some updates. Hereby, I diligently apologize early!