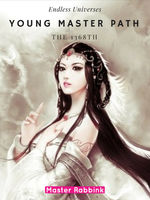 This novel is on hiatus. Read 2nd last chapter.

Tired of the usual heroes defeating an arrogant young master?
One another young masters come and get crippled because of little things?
Those young masters keep pestering the hero like a cockroach.

After the young masters get defeated their older brothers, younger brothers, sisters, wives, mother, father, grandmothers, grandfathers,... and the entire 10 generations of his family come to get revenge, fight the main character one by one, and killed by the main character? Until the whole clan or sect destroyed?

His dream was to conquer all supreme beauties of the universe.
He wanted to walk in the path of many other successful webnovel male main characters had walked.
The path of having a harem.
To have a Super Harem. Super Many. Super Beautiful.

But is it that easy?

Would those supreme beauties agree to be his harem? To share the love with other ladies?

What does he have? A system? Supreme Cheats?

He got them covered. Gwahahaha.

Master Rabbink had changed his destiny. This spoiled young master walks in the path of Godhood. Could he become the 1368th God?

Note: Volume 1 is more Slice of Life, Volume 2 would start his 'adventure'. Gwahahaha.

Warning 1: Trevon is also a webnovel reader. He might comment on the novel. Do not ask for spoilers from him (he is about 50 chapters ahead)! Do not share modern technologies! It would be his extra cheat if you do.
This is him: https://www.webnovel.com/profile/4300980713

Warning 2: Slow pace. Master Rabbink planned the story to be a relaxing one, where one could flaunt his power. This is an oasis for readers after hectic adventures in other novels.

Warning 4: The MC is ARROGANT young master. If you don't know them, they are the 'stupid' young master who always clashed with usual main character. They are usually Arrogant, Coward, Bully, Greedy, and Pervert. Usually competing for MC's woman, treasure, etc. They are weak but using their family background to bully. This novel is a parody.