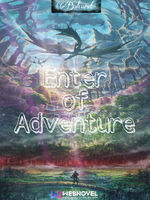 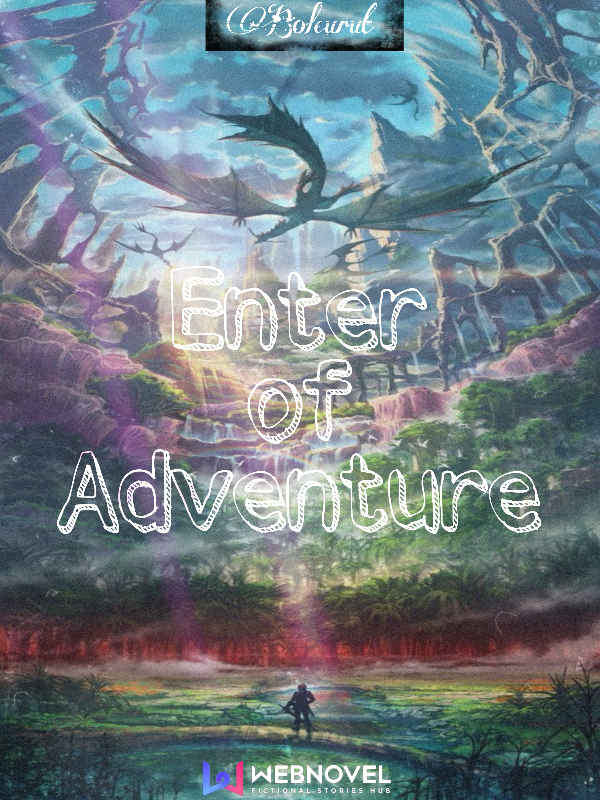 On top of Himura mountain, there was a player who was standing on top of another player's body.

The katana that he was proud of, was lifted. The late afternoon sun made the Katana sparkle, and the player opened his mouth.

He proudly said that.

"Number one my ass. You don't remember, yesterday you lost Chess to me."

The player with the nickname "Dark69" is the number one player in the game "ENTER OF ADVENTURE". Until now, no one could match him, not even players who had money. He is a true Adventure, likes to explore useless places.

The game "ENTER OF ADVENTURE" made by PT Masuk Angin is one of the most popular VRMMORPG games in international, even recently a tournament has appeared in the game.

Providing enjoyment for players, the vast world, ancient or modern places, varied bosses, neutral system, freedom to choose jobs, easy gameplay, everything is in the Enter of Adventure game. So what are you waiting for! Order now, before it runs out. Remember, Monday the price went up.

Suddenly, when Dark69 was smiling slyly, a Black Dragon appeared in front of him. The dragon just passed by, without asking him.

"Ah, I know, but his color is white. Then, why is that dragon called Black?"

"I don't know, maybe the developer doesn't have any ideas. Hence, he just made up his name arbitrarily."

Dark69 returned to seeing the Black Dragon after talking to his friend, whose body he was trampling on with his feet. He stared at the eyes of the dragon for a long time, which was enormous. Black Dragon and Dark69's eyes glanced at each other, and it made Dark69 angry.

The dragon just nodded, sometimes blushed on its cheeks.

Suddenly his friend, who was under his feet, said that to him. Dark69 also asked:

"Dragons are masochists. It's useless to kill you, he's even fun."

"And... that dragon is for tomorrow's event."

"What event is tomorrow?"

Dark69 asked that. He rarely opens the menu in the game. So, if there was an event or anything else, he didn't know about it. He's a real Adventure.

"The event to find the lost dragon."

"Ah, that's because he's interested in seeing the sparkling light from your Katana, perhaps."

His friend's words infuriated Dark69 in an instant, his brows raised along with his clenched fists.

Dark69 glared at the dragon.

"You want to take my Katana? You're so arrogant, Dragon!"

Dark69 got down from his friend's body, then he approached the dragon while putting his Katana in the saloon. Dark69 got into his stance and gripped the hilt of his Katana tightly.

"No technique: Attacks Toward His Head!"

Instantly, his Katana took out and created a large, square-shaped wave that could be seen by the eye.

The wave hit its huge head right and knocked its head apart from its neck. And immediately, the dragon becomes tiny particles and makes them disappear.

An item dropped and entered Dark69 and his friend's bag. His friend was a little happy to find the item, but he was still annoyed with Dark69.

His friend stood up.

"Besides, you were over-attacking him too much. Supposedly, you used an ordinary skill. Dragons aren't very strong, you're wasting MP. You know, that dragon will respond and look for you after that."

"Because the dragon is a 'Masochist'... he will ask you to kill him again."

"Then what should I do? You're too late to talk about it."

"You're the one who attacked him!"

Dark69 put on an expressionless face while picking his nose.

"Do not want! I still have to look cool here."

"You are… never mind. You've become number one in Indonesia, so don't be cool anymore!"

Paying no heed, his friend tapped him on the shoulder to move Dark69 away from this place.

They immediately moved to a village, and that made Dark69 angry.

"Never mind, cut it out. It's 3 am already, I have to sleep. I can't accompany you anymore."

While saying, "Hmph!" Dark69 looked away to the right. His friend just sighed.

"Hufh… why did you become the Guild leader, anyway. It should be, Tiara is the one who deserves to be the guild leader."

"Geez, I was so tired of accompanying you from scratch. I've been with you for eight years, and it all gives me a headache. Who are you, anyway?"

His friend had an expressionless face looking at him.

His friend opened the menu bar, pressed the Log Out button, and disappeared from Dark69's face.

Before logging out, Dark69 stopped by the NPC to sell a few items, his bag was full.

Ruty is the money in this game. As a transaction material, Ruty is the most needed. Most of the players, who only intended to sell, collected Ruty and made it real money.

The system is not that complicated, you just send real money to Ruty's seller, then they will give Ruty to you. But remember, some sellers often cheat in this transaction. So, be careful!

With a smile, Dark69 tossed up the pouch containing Ruty.

"I didn't think that dragons were so expensive. Tomorrow, I'll kill again then."

Suddenly, when his Ruty's pocket was up there, a message appeared before her eyes.

The message reads: YOUR ACCOUNT IS USED ELSEWHERE. YOU WILL AUTOMATICALLY EXIT IN THE GAME, ON A COUNT OF 5 SECONDS.

When the message reads "0 SECONDS", Dark69 comes out of the game and wakes up in his room.

Daylon takes off a helmet from his head.

After confirming all his computer equipment, and putting the helmet on to the table beside his bed, Daylon returned to lying on his bed.

After saying that, Daylon fell asleep.

The next day, after Daylon came home from work, Daylon decided to play the game ENTER OF ADVENTURE again.

He turned on his computer, put his helmet on his head, lay down on the bed, then said:

After successfully entering the world of ENTER OF ADVENTURE, Daylon entered his Email and Password.

The message confuses Daylon. He hasn't messed with anything all this time, but why can the password be changed? Did he sleepwalking last night and tinkering with his computer?

"Hmph, what's going on? Since when have I changed my password, huh?"

After several attempts to enter ID and Password, Daylon finally gave up and left the game, then he took his helmet off his head.

After thinking for a long time, Daylon decided to look out the window. He burned his cigarette and said:

"Looks like, it's about time I quit the game."

If you find the words "he", "she", "him", "his", and "her" that do not fit the context, I apologize. I'm currently revising it, and please understand. Thank.