Stay near me, Chicken. - Essential NPC with a Chicken - Chapter 1 by SquareGoat full book limited free 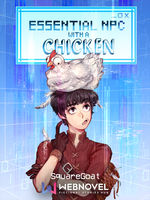 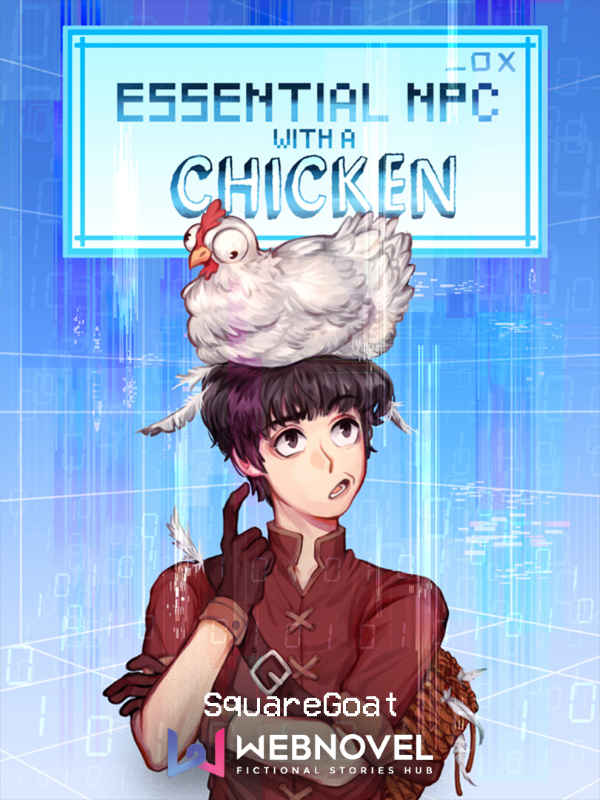 Essential NPC with a Chicken

Chapter 1: Stay near me, Chicken.

A hot topic emerged within the forums of Immersion Online.

[How much HP does this guy have?] posted by Seared-duck

Seared-duck: Dude! Watch the video and you will see why I'm making such a big deal out of this.

The post contained a video attachment with the thumbnail of a huge mechanical golem. It was towering over everything else within the dungeon as it was over 20 meters tall and it was throwing a tantrum like a baby.

"Run for your lives!"

The video clip's audio caught the voices of the players. They were terrified due to the astronomical physical damage the golem dealt. The damage ignored defense and could insta-kill them because of course it could kill them in one shot.

They were players who tried hunting the mechanical golem. Their screams were evident as they ran away from the golem's assaults.

-Those tanks are garbage!

-I agree with you. The raid tanks were annihilated within a few seconds.

-Yes. Without the tanks, how are the damage dealers going to survive?

A few players vanished into white light. Their hit points(HP) were depleted in one attack and they were disconnected from the game due to the game's resurrection restriction but looking closely some of them quit on their own to evade the death penalty.

The comments rolled out as the views of the post rose in droves. The post got popular and it was not because the raid failed.

-Who is that player?

-Holy guacamole! Did he just survive that hit?

A figure stood up after getting hit by the golem's strike. The figure's armor was ragged and it looked like piss poor equipment, his equipment weren't even part of one set but a mix and match of useless junk. This fact baffled the viewers even more.

-He's wearing level 20 warrior armor. How did he even get to join the raid?

-That guy is a smurf. How else could you explain that?

The figure slowly moved and picked up his weapon. It was a shortsword that you could find anywhere within the game, it was a very common shortsword. The figure took a stance with his blade and ran to try and attack.

The figure was flattened to pancakes. After dealing with the figure, the golem went and focused on the other surviving players and continued its massacre.

-They failed. There's no one left in the dungeon.

-If I tanked for them. Maybe they could have won.

However, the video did not end. There was still a player standing and the player looked badly worn out. His armor broke due to the beating it suffered from the golem's attacks. But the player still carried himself to fight.

Everyone cheered the lone warrior with broken armor. Even though nobody thought he could win against the golem, they all cheered for him.

The player once again picked up his blade and struck. This time, he did not get hit from the golem's forward blow and was successful in dealing minimal damage, it was very pitiful.

After his initial attack, well, that's it. The player was kicked away by the golem and the crash was very evident, however, the player stood and did not give up. It was an admirable feat but it could have been better had he been using proper stuff, but that is not what happened.

This pattern continued for hours that the viewers got bored and skipped through the entire video. What they saw was something that astounded them.

*Congratulations on the successful raid of the Mechanical Golem.

Due to this post of seared-duck, the thread about the crazy tutorial NPC was buried deep within the forums.

In a pastural village in a certain kingdom, a man with dumb look on his face was hit with a sudden realization.

He did not remember when exactly gained awareness. One day, he just realized that he has a life to lead and he should fulfill his wishes. He suddenly gained the mental capacity to think and to feel.

He was confused. He once again lost his awareness. Every time he regains his consciousness, he could see that a chicken was in his hands. He could not understand the reasoning behind the phenomenon so he did not try to do anything.

He got tired of losing himself. It was eating at him, he was certain that his consciousness has something to do with the chicken in his hands.

"Alright. I'm keeping an eye on you!"

He warned the chicken and observed its movements. And after a few more times of suddenly losing his mind and regaining it back, he now understood why he faints. Or at least the cause of the sudden knockouts.

"Never stray far away from me from now on."

He told the chicken that was in his arms. He looked at its dumb chicken face and revealed a smile. He did not believe the chicken would follow his command.

A few days later, he was certain about his hypothesis. He did not experience any blackouts at all and that he was feeling better and better. His mind slowly regained itself as he relaxed in his barn.

There were people here and there that came to him but after interacting with him, they displayed a confused expression.

"Uhmm. Where's your quest?" A random person asked him.

"Quest? What do you mean? I just own a barn." He tried his best to understand the question but could not.

"Did you always reply like this?" The person asked him with a confused face.

That kind of conversation always happened every time a person visits his barn. This caused him to question the word 'Quest' and his connection to it. He was always asked about it so he thought that he was connected to the word.

He tried his best to remember but he could not. He could not recall anything related to that word as far as he could remember. This only served to cause more confusion within his head.

For days, the conversation he had with the people who visited his home never changed. They were always asking about a quest and they were adamant about their statements.

"How come? The forum guides say that you give the quest!" A woman in simple clothing said to him.

"The chicken quest! Give it to me!"

"I have no idea what you are talking about, lady. Good day to you."

Due to his constant denial of quest-giving, a thread was posted in the game's official forum. It was a hot thread because there were a lot of witnesses that claimed that the phenomenon was true.

-Is it real? Does Bob refuse to give you the Chicken quest?

-Yes! His voice lines are also different from the transcripted guides. It is very frustrating that I can't start the chain-quest.

-Fun fact: Rick Astley's song Never Gonna Give You Up got taken down.

-Dude. It's real. He outright refuses to give the quest. He tried playing dumb and stuff. I think this isn't a bug but a joke by the devs.

-Yea! How come it hasn't been fixed yet? I don't want to leave the beginner village until I finish the chain-quest.

The outrage of the new players was very clear. Everyone who read the forum guides would follow the steps written to get as much as they can within the beginner village so it was only natural that they would notice the bug.

Forum Moderator Mang: I already reported this to the technical team and it should be fixed shortly. Sorry for the inconvenience.

The technical team looked at the issue. They held their heads with both hands and scratched their hair as much as possible. They were not having a great time at all.

"Why can't we just delete it?"

"We can't. The Artificial-Intelligence within each of the NPCs is all stored within the Immersion supercomputer. We don't have the authority to delete any of that data."

"I know! Why don't we just replace it with an earlier version of itself? There should be saved states for it."

They thought of a stupid idea.

"I meant what I said. We can't delete it but we can make a copy of it. Since this one is corrupted, let's copy its saved state and just move this NPC somewhere else."

"Hmm. That's a nice idea, but don't you think that they'll notice the increase in the number of NPCs in the game?"

This question made both of them stop to think for a moment. That requirement was hard to bypass and they were not given much time.

"I know! Why don't we classify it as a player instead? And then we could place it within a volcano or something so that it'll die by itself?"

"Fantastic idea. Let's do it."

It was not a fantastic idea.

Bob was having a nice day with a chicken strapped on his back. He was having a wonderful time without the sudden blackouts and he enjoyed it very much. He still was confused by the travelers asking for a quest though.

You are now classified as a player.

Then his vision changed scenes. He was suddenly within a volcanic wasteland and everywhere was scorching hot.

"Why am I suddenly in the hot seat?!"

I wrote this willy-nilly due to WPC.

So I am going to need help to create a proper storyline.