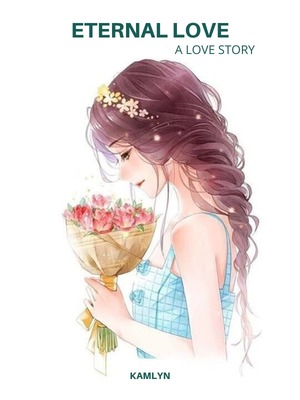 He stood beside her bed and leaned closer to her as he stared at her face and wondered if it’s real. A smile appeared on his lips when she opened her eyes. However, her reaction was different than what he had expected.


He stared at her in shock while covering his face with his hand. Did she just slap me?

Zhao Ming’s mouth opened in shock when she realized that she had slapped the Emperor.

She is Empress of the Ji Dynasty but she had no significance in the Palace. Her relationship with her husband is nothing more than a mere formality. However, after experiencing the dark side of the palace, one day when she opened her eyes, she was in an unfamiliar place. A world full of tin boxes, weird people using strange items. It’s the 21st century. It will be interesting to see the journey of an Empress who goes to the modern world and how she stuns everyone with her ridiculously amazing oriental medicine and cooking skills.

She is the wife of the most powerful businessman of the country and has a reputation of nothing but a trash and shameless lazy woman. However, behind her rowdy attitude, no one tried to see her scars. When she opened her eyes one day, she found herself in some strange world.


She became the Empress of the Ji Dynasty.

It’s the ancient society which was full of palace politics, betrayal, white lotus bit*hes. This will be a comedic ride to see how a girl of the modern world can adjust to this ancient setup. She changes the world of ancient people with her fearless, clumsy yet decisive attitude. Can the Emperor get used to her being proactive in every single thing? Even in bed? The Emperor dotes on his wife to the point that she feels tired, how can a man be this cute? It’s illegal for men to be this cute.


It’s a story of an Empress of the Ji Dynasty whose soul was swapped with the girl in the 21st century. Let’s get on this fun ride and resolve the mystery of their change.

She pushed him on the bed and sat on his body while looking at him with her tempting eyes.

“ Shh...Your Majesty, you just need to relax. I will do all the work.” She leaned in and sealed his lips with his moist lips making him crazy for her even more.


Instagram: @kamlyn_love
Discord: https://discord.gg/NTPCE7YZm7
Join the server to connect with me and fellow readers.


* The story is an original and not a translation. *

Note: The cover has been taken from Pinterest. Credits to the owner.