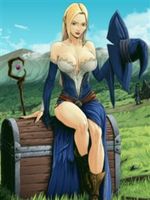 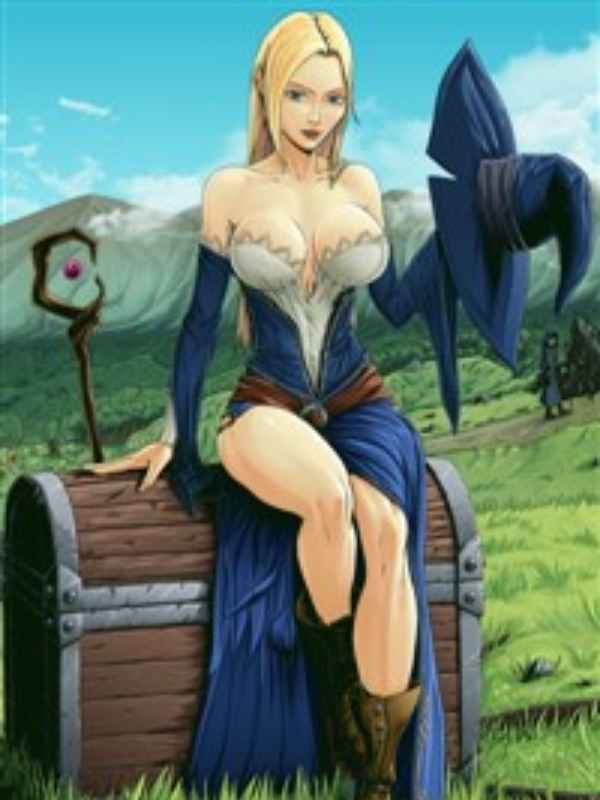 A young man, closer to a boy than an adult, wandered down the dark tunnel. His boots scraped against the damp stone floor, echoing slightly throughout the passage. The lantern he was holding did its best to illuminate the cave-like walls, his shadow dancing ominously behind him. He had spent the better part of two hours in these tunnels, the so called Green Zone of the Litigar Dungeon Complex. So far he'd been lucky. With only a few bats and giant rats as his opponents, he was steadily on his way to Level 5!

Just a little more and I can graduate from this 'newbie area' and move onto bigger and better things!

He picked up the pace after psyching himself up. The mere thought of leaving this gloomy place and finishing his dull quest was all the motivation he needed right now. Breaking into a light jog, he went deeper and deeper into the winding maze-like cave system.

The young man named Himmel stopped at a three-way intersection and looked around. It didn't take him long to realize he had gotten completely lost. He shone his lantern's light down the left tunnel, then the right one.

Yep. No idea. Oh well, this is why they tell us to carry Portal Keys! I'm sure it will work out!

The small rune-inscribed stone would whisk him away to safety in an instant should the need arise. Although the usefulness of such a thing could not be understated, the complacency and carelessness it taught young adventurers was less than useful.

Continuing down the right-hand path, the young boy noticed a change in his surroundings. The uneven floor suddenly became flat. Although it was still bare rock, it felt like walking on polished marble rather than inside a cave. Peering into the darkness, he noticed something clearly out of place. Something brown and strangely rectangular.

A simple wooden box with no lock. The dungeon randomly spewed these out, sometimes containing useful items and gear that could be a veritable jackpot for an enterprising young adventurer. Not this one though - the wooden chests in this dungeon offered the lowest grade of loot. Most of them contained bottom-tier potions or maybe moldy bread. The best he could hope to get out of this would be an Iron Ring that provided a negligible bonus to a random stat.

Still, a newbie could not afford to pass up pennies on the ground. The adventurer approached the chest with a small spring in his step. He opened it with both arms and peered at it expectantly. However, what awaited him inside was neither a potion nor a piece of inedible bread. It was something much more impressive than that!

Several sets of dagger-like teeth and a giant red tongue became visible as the monster pretending to be a chest revealed its true nature. The fleshy tongue coiled around the young adventurer's waist and dragged him into the gaping maw before he could react. He was then unceremoniously eaten in three big bites.

Congratulations, you are now a level 2 Mimic! All attributes +2.