Evil Collector of the Multiverse Chapter 1 - Death By Zom Zom. 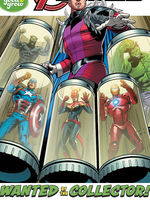 Evil Collector of the Multiverse

"Ah, Fuck! My head." Syntax had just woken up to bright lights and sounds, and he wasnt too happy about it. 'who in hell would wake me up like this, I swear I'm gonna punch them"

"LADIES AND GENTLEMEN! Welcome to reincarnation roullette! The best real, live reincarnation show in THE MULTIVERSE!!" A man in a black tuxedo, shirt and red tie said to an audiance of demons, spirits, gods, ROBs, dragons, demi-humans and more.

"The Fuck!?" Syntax wakes up only to hear people cheering. Confusion can be clearly seen in his soul flames where his eyes should've been.

"Hi you're Syntax right? Who am I kidding of course you are. So I know you must be confused, therefore I'm going to give you the short and sweet of it. So you're world just became a zombie apocalypse one and you were the first to die of supernatural causes, cangratulations!" ribbons eploded in the air. Right now Syntax was teriffied, the man was revealed to be a demon once he turned around, red skin, horns spade like tail the whole package. "So my name is Mak, son of Satan and King yamma, and yes King Yamma is a woman, also don't confuse Satan with Lucifer he hates it when that happens Satans equals actual demon, King of hell, Lucifer equals fallen angel, punisher of sinners."

"If I'm dead then why am I here?" Syntax was pretty suspicious of this Mak guy.

Mak-"Well again you were first to die to supernatural causes in your world, so you get to spin the Wheel!"

A wheel had suddenly apeared next to him. "Um hey Mak, right? could you spin the wheel for me, please? I have pretty shitty luck." Syntax was atleast polite enough to say please.

"*sigh* alright then" the demon said it in a tired tone but you could clearly see how excited he was just looking at his face.

*Whoosh* all 3 wheels were spun at the same time. 1 Wheel was labeled systems, another abilities and the last items.

the system wheel landed on: 1.The Gamer System from: from Book 1 of the Gamer Series: This Is My Life As The Gamer! (Rewrite Version) By ImBoredSoMeh: without nerfs. 2.Custom Made Demon King System: from Custom Made Demon King By Dark Old Demon 3.Customize Create: from world customize creator by Hijikata, Yuu (Art), Hero, Tennki (Story) 4. custom System based on: Soul Evolution System by Drack: and Number One Dungeon Supplier by Moloxiv.

Just edited the chapter also remeber this MC is basically broken (meaning OP, not mentally) will be pretty fucking dumb but pretty much evil (not anti-hero). also there's these 2 trope's that I want to end in harem story's, first not all girls that fall in love with the MC will be put into the harem, he might even might ourtight reject them, why? well simply because he doesn't like them. also he might end up playing around with a girl and then dumping them although the same can happen to him. second just because he has a harem doesn't mean he can't have a male friend or two, for example he might plop over to Naruto to pick up Gaara and Madara because he finds them cool instead of just some random girls he hasn't even met.

Oh also remeber he's a collector so he might go to one piece and start collecting characters and putting them into sleeping pods jsut to admire them later as a part of his collection.

also some cooments on idea's would be great, or even just comments in general help for motivation.