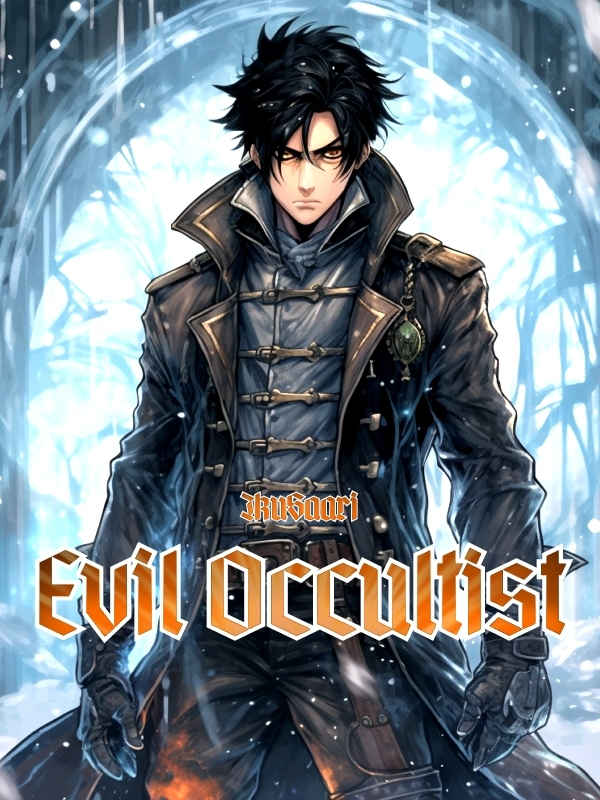 It's not easy being an evil CULT LEADER!

Impulsive and charismatic beginner occultist Ted tries to murder someone with a forbidden spell and instead gets the attention of a hostile sun god. The only way Ted can shake off the influence of the divine being and avoid being absorbed is to perform a sacrifice - ten thousand souls, and they have to be willing. While Ted has no problems getting some poor sods to give up their souls for free, ten thousand is still quite a number and he decides to form his cult somewhere safer than his own homeland: the FIN, a great island in the cold, dark south where the sun god is weakened for half of the year. Ted needs to fight for dominance during his race to control the population of the Fin - first in order to get the technology needed to push through the unnatural storms that have plagued the ocean around the island, then in order to actually get the people to support his evil, insane, self-serving cause. He recruits people left and right, charming them with his silvery tongue and charisma, but there seems to be a conspiracy against him. Someone wants Ted dead, and it is not the hungry god of sun.

Ted is not alone, though - his best friend, Eknie, is like a rabid yet loyal dog. She will stop at nothing to get Ted to share his life with her, but Eknie, the diplomatic bard lady from the Great Eastern Kingdom, is a benevolent stalker. Probably. Mostly. She arranges a meeting with someone who can invent a machine that will get the cult to the Fin in no time at all: the genius engineer and scientist, Madorn. He isn't cheap labor, of course...

The sun god is nothing like Ted would have imagined. Always breathing down on his neck once the dreaded morning comes, its intrusive and sinister ways make him fear daylight. The god can make him its slave if it is not pleased with the regular sacrifices, and this ends up in Ted creating an army of ZOMBIES.

The world of Ad Rath is in the middle of a technological revolution. Steam is utilized in all forms of transport - steam cars, steam trains, whatever one can imagine, it probably runs on steam. There is potential for more, though - the southern islands have been simmering inside a megastorm for years and supplies are running low in the barren land of the Fin. To travel all the way down to the cold and uncomfortable South from the safety of the Kingdom of Sennas with its luxury and degeneracy would be a punishment for most.

50 POWER STONES IN A WEEK OR 15 GOLDEN TICKETS RESULTS IN FIVE EXTRA CHAPTERS POSTED ON SUNDAY OF THE FOLLOWING WEEK. I will not budge from this deal. If you like it, vote for it, make them ps do the work and I'll write more.

IMPORTANT: The MC is intentionally selfish and evil, causing misfortune and hurt wherever he goes. The other characters are not much better. Don't like, don't read. Mostly, though, Ted is just saving his own skin and gathering wealth, and being evil just for the sake of doing bad things. Don't expect a virtuous hero here.
ALSO IMPORTANT: This is a sequel-ish to Water Belongs to the Dead: Heart of the Witch, set 100 years after the end of WBttD:HotW. While it is not needed to read it to understand Evil Occultist, giving it a look can help you familiarize yourself with the world.
Love it, hate it, tell me in the comments anyway, vote, make me work even harder.