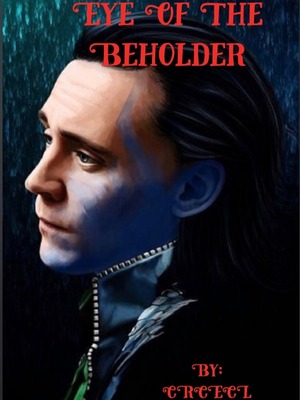 Her name is Katrina Stark and she is Tony's younger sister. She has had the life people dream off, being born into a life luxury and following all of her dreams. That was until 3 years ago when an accident in a lab caused her to lose her sight, plunging her world into darkness.
Now blind, she is struggling to cope with not being able to see as well as the magical powers she gained due to the accident. But even with this mystical gift, she doesn't see a future for herself with nothing but darkness to light her way and no chance of having a normal life. Having a career or finding love.
Just as she loses hope, she moves into Stark Tower only to discover the mysterious Loki has been banished and is staying on her floor. A spark ignites and she is thrown into a world of magic, secrets, love and lies. Her life changes in a thousand ways and yet there is only one thing for certain, it all began with the God Of Mischief.
'Beauty is through the Eye of the Beholder. I was told that when I was a child by my mother but I didn't really want to know what she meant. But a part of me always thought she meant that you fall in love with someone, for not just their beauty, but their personality. Their spirit. Which to me made me believe that beauty is seen differently by everyone and right now, I want to believe that. I want to believe that more than anything. As I fear like many things I have lost, love could be one of them and I hope that isn't true.'

(I do not own Marvel or any of the characters in it. I only own Katrina, any characters I've created and my own storyline.)

Also being published on Wattpad, CRCECL