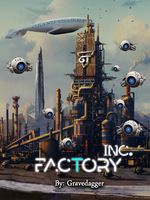 A young man can be seen walking with a tired look on his face, and all around him countless people can be seen, some are celebrating, some are dating, some are just having fun, and too drunk to even stand up, with their buddies laughing around them.

For at this time of the night the city comes back to life, this is a typical view of Radial city.

But the young man continues to walk without any care for what's around him, for he was in his own world. He was mumbling within himself, and with a single goal in his mind, to return home.

His name is Arc D. Grand, he was once considered a genius during his younger years, but because of the wrong people, he hangs out with, he has been led astray.

Because of that, he barely graduated from high school, and even his grades were below average. But back then, he didn't really care no matter what his parents or his teachers said he just ignored them all.

As long as he was enjoying himself, nothing else mattered to him, until a tragedy struck.

His parents were caught in a massive accident, though his parents survived they were in a coma, and the doctor said they might not wake up again.

That's when reality hit him, and it hit him hard without his parents. His family no longer has an income, and as the eldest of the three siblings, his two younger sisters who are still in high school were now depending on him to survive.

And without his parents there will be no one to support them, their parent's pension can barely cover the hospital bills.

That event changed his life, and he went from an arrogant and misled youngster to an adult almost overnight.

2 years have passed. Since his parents had an accident, his relatives have all abandoned them. His sister Anne will be graduating from high school this year, and his youngest sister will graduate two years later.

As for himself, he was doing two to three jobs at the same time just to support his sisters and his parents, who were still in a coma. He matured a lot since that fateful day, not only in thinking but his appearance as well.

He regrets a lot of the things he did but also knows that he can only move forward now, for there's no use thinking about the past.

"Damn that son of a bitch! He keeps making me do overtime but never pays me for it". He cursed in his mind.

Arc knows that the owner of the factory is taking advantage of him, but there's nothing he can do about it as he needed the job, plain and simple.

He just couldn't afford to lose it, and his boss knows it too. So no matter how angry he was, he can only swallow it all.

"Fuck! I'm so tired, I only slept for about four hours in the last two days working three jobs at a time is taking a toll on my body". Arc mumbled.

He worked in construction in the morning for about six hours, then went to the market to carry products for the shop there, and lastly, he worked in the factory till late at night. That's how his life had been for the last two years. His only consolation is that in these past two years, he has gotten very close to his two sisters.

"Oh, well you know same old same old. That Jackass is still making me do overtime without paying me" reply Arc.

"You know, you should really look for a new job, that factory is Killing you," said Anne.

"Sigh, I know, but what can I do? It's not easy to look for a job that accepts a dropout like me, and besides, I can still take it."

Looking at his sister that was about to cry, he thought all the pain and sacrifice was worth it.

"Why do you look like that? I'm fine, so study hard and don't be like me in the past. Don't worry about anything else, where Amy?"

"Call her, I bought dinner, let's eat together," said Arc

The dinner is not much, but no one complains about it. In fact, it is a fun dinner as the family jokes about many things, and never goes on any depressing topics.

It was only at this time that he forgets all the burden he was carrying. After dinner, he went upstairs to rest as he still needed to wake up early.

He only has about 6 hours before he goes to work, meaning he only has about 4 hours to sleep. He travels on foot to save money from transportation, and he keeps telling himself that he's doing exercise.

He lay on his old beaten bed, but for some reason, he can't fall asleep.

He kept rolling and changing positions in order to fall asleep, but to no avail.

Usually, the moment his back touches his bed, he's knocked out. But today he can't seem to sleep. He opened his cellphone Andro35 it's an old model phone, and it was a gift from his parents before the accident.

Many times he wanted to sell it but changed his mind every time.

"It's been a long time since I played a mobile game."

The year is 2556, more than 500 years since the so-called world war 3 happened. According to historians, it was the most brutal and economically devastating war, no country was spared, as more than 3 billion people died.

Historians call it the apocalyptic war.

No one knows exactly how or who started the war as all records about it are either destroyed or kept hidden from the public. But everyone knows how it ended, as more than a thousand super nukes were used, and it changed the world forever.

After the war ended, countless more died because of radiation and most animals have been changed or mutated; those mutated animals are now simply called the Beast.

Over the years a lot of people call it by many names such as demons or mutants, many names were given to it, but over time it was universally called (Beast).

Beast's are divided into two categories: the mindless and the intelligent.

Intelligent beasts are mainly called Beast Lord, and Beast Lord is not your typical mutated animal, as they are very intelligent, some even surpass a human genius.

A long time ago that place was called "Hell" but 500 years have passed since the war and humans have come a long way since then, humans who were once powerless against Beast have managed to take back their dignity.

And the second type of Beast are called brutal Beasts, and they are mindless and only know how to follow their instincts. The brutal Beasts are very territorial, and every time someone crosses or trespass in its territory, it attacks them brutally.