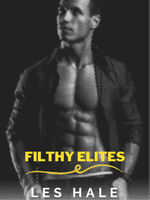 The filthy rich rule the city, but at Lightwood Academy four filthy elites create the order. Students don’t bow to them out of kindness, respect keeps them in line fear makes them loyal. The most despicable of them all is Gabriel Pierce. The things he’d done granted no forgiveness, he knew he’d eventually go to hell. But he’d be damned if he didn’t bring sweet Angelique with him.
He asked her who she was, she lied clearly she thought the rules didn’t apply to her. Lies surrounded her, this made her a new game he’d surely have fun playing. What he didn’t expect was to find a worthy opponent.
Both fought with an ardor that was difficult to match. Their boiling hate for one another created lust and without noticing that cursed them to love.
They know they have to fight all the way until inevitably one heart shatters. But what if the lies are the only thing keeping them together?