/ Realistic Fiction / For the Betterment of the World 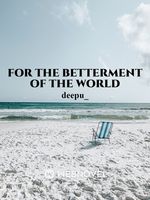 For the Betterment of the World

A freshly graduated student in the private investigation department, Alastair, going to the real-world to make it a better place for human beings.

Whenever there is a crime that either CBI or police department failed to solve, Alastair solved all of them with ease.

But he is unable to crack his own parent's death mystery. It's been years when they died, which looked like no less than an accident.

Just because he is in a detective profession, Alastair is not like a cold-blooded person.

Will he able to succeed in bringing new changes to this current world..? Will he be able to catch his parents murderer..?