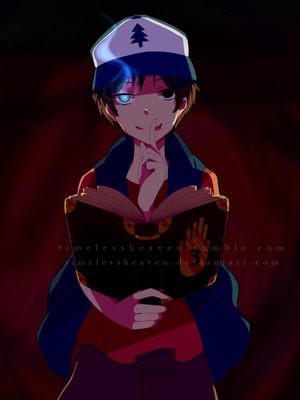 Gravity Falls: The Lord of Darkness

A heads up the first few chapters maybe confusing but alot of the content in them is explained and will be explained later so bare with them.

Without further ado I give you this stories synopsis.


A boy named Dipper pines goes to a place in Oregon called Gravity falls to see his Gruncle Stan, a few weeks before he has to go to Oregon he discovers this website on the occult, he gives a sacrifice of sorts and utters a chant then he blacks out, and when he wakes up he discovers a book and begins to learn the inner workings of magic, but it's not as simple as that read to find out more.

And just a heads up it's a darker Dipper, this dipper went through years of being ignored and in that time he trained in some martial arts muay tai and the likes, and due to mor having many social interactions holding him down and other factors he was online and it reading alot researching all manner of subjects until one in particular took his fancy, and that subject was the occult it amazes him with intricacies of magic, demons, and concoctions they wrote these based on science and seemed completely believable, and he started making it his goal to become apart of that world, that seemingly imaginative world, and adventually he got what he desired most, now shall we follow him on his journey.


Now Here's a quote from my people DO YOU KNOW DAE WAE?

By the way my name is *Tongue click* ELAE and I do know DA WAE.

I know it's a dead meme but it was my favorite meme at the time of writing my old synopsis still is one of my favorites so live with it, my people have spoken.

Anywho jokes aside have a very nice day and enjoy my hard work, that is all I ask for and all I strive for is to write quality content for YOU the reader that is all, I hope this synopsis proves adequate, perhaps it isn't but push on through the first chapters and you will
enjoy pretty decent quality writing.