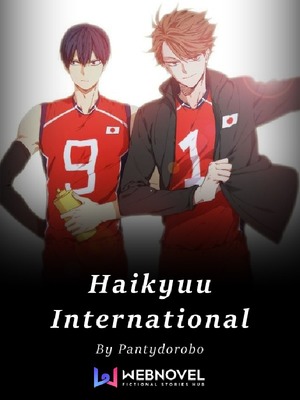 The year 2020, Olympics Games are held in Tokyo. Six months before Olympics, Kageyama and Hinata, who are now both 19, have been invited to Japan's volleyball NT. They have the chance to play at the Olympics and show their true talents in front of the world.
However, unfortunately...
They're both benched, so they have to try hard to get into the first squad.

//All right everyone, I want to clarify some things here. First of all, I wasn't sure whether to put this in fanfic section or here, but except for Hinata and Kageyama (and someone you should really like...), not so many other characters from Haikyuu will be found in the story. It's more centered on the world's actual players and this humble author's imagination. So eventually, I thought it's better to place it along with the other sports genre novels.
Additionally, according to the manga, their age would be 23 by the year 2020, but as I said, it's not based on the real timeline in actual Haikyuu. I could've just gone for Rio 2016, but since Japan hadn't qualified for that, I chose Tokyo 2020.
This is the 2nd work I'm writing right now, so I may not be able to update it properly, but I assure you I won't delay so much between releases.
Also, the national teams in this novel may not exactly be the same, or there may be some dissimilarities between real FIVB system and the one here.//