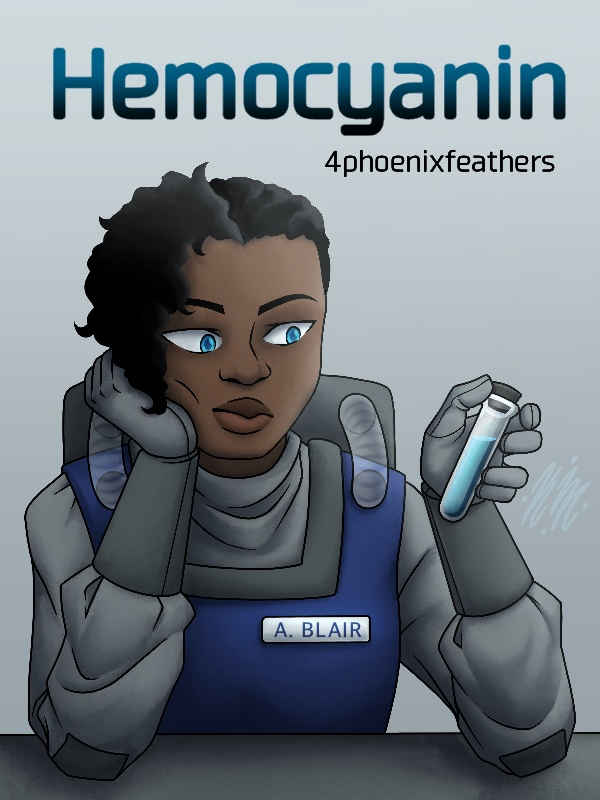 Hemocyanin (noun): An oxygen-carrying protein containing two copper atoms. Its basic appearance is clear, but it turns blue when exposed to oxygen.

Biologist Aliyah Blair was not expecting anything dangerous to happen when she stayed up late to study a harmless plant-eating alien. But when the creature turned out to be more malicious than it seemed, a fight for her life turned Blair's world upside down. Now, she has to pick up the pieces of her shattered identity while protecting herself and the crew from her fatal mistake.

WARNING! This novel contains blood and body horror, so please read at your discretion.