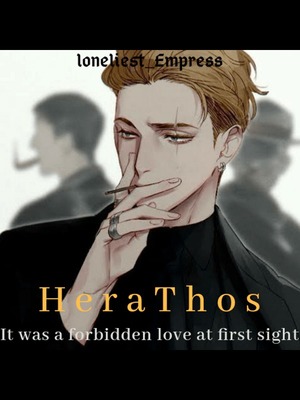 For her, it was sex at first sight.

For him, it was love at first sight.

To them, it was a forbidden love at first sight....

"How many times must I tell you darling Hera, you are not allowed to die!" The last few words almost sounded like a roar, passing the anger and displeasure of the other person across to her.


Her breath itched and quickened. Her heart was pumping faster than normal. The phone call was followed by an eerie breathing descending on her head, through her hair and diffusing into her body, going down her neck before resting on her spine bringing along a chilling cold. Hera made a steady turnover prepared to face whatever was breathing cold down her spine.
Despite the darkness, she first collided with a brick like object before she heard the chattering of her phone as it landed on the floor with great force. Before she could move her hand to feel whatever she was facing or resting on, she heard a deep but low grunt and felt the heat building up between the object and her.
Or perhaps.
No! It wasn't an object! It was a body. She took the courage to breath as she had been holding it in the moment she made her turnover. Whether it was intentional or by instincts, the minute she caught a sniff of the body, her whole body froze and stilled. There were different scents in the world but no cologne or perfume or body spray could produce a scent of danger and death.
But no, this scent was of danger and death, a deadly combination. Any company capable of producing this should be banned. She had only smelt this once.
At the club.
That gloriously enchanting night of moans and trembling. The sweet aura of multiple orgasms. That heavenly night of indescribable pleasure. Whatever the creature ate must have been cold to be able to send such spine chilling breath through her body.


"Darling, we are a dangerous combination."


She gasped, unable to think for few seconds. Her legs turned jelly as they trembled and wobbled. Instantly her tighs felt sticky, the warm liquid tickled down her legs as her insides quivered. She felt an arm around her waist guiding her to stand.
Strong. Supportive and dangerous.
She opened her mouth to speak but no words came. Inhaling and exhaling became more fast and intense.


"You are not allowed to die."
The voice. The aura. The scent. Him. Only him.
The enchanting him!


"Thanatos." she voiced confident it was him.


"Hera!" he hissed, anger evident in his tone.


Before Hera could blink twice, her back met with the cold and hard marbled Island with a thud! The pain traveled down her spine before settling between her womanly folds. She suddenly felt light and before she knew it, the deadly enchanting and godly handsome face appeared before her blurred vision. The hissing sound of uneven breaths and clothes being torn apart. Chaste kisses contrasted his wandering hands and emanating heat.


Hello author here.thank you for checking this book. I must warn your innocent mind that this book contains matured matured contents. Read at your risk. *wink*