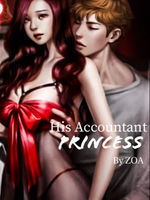 The dark red rolls Royce car screeched to a halt, it was decorated with a huge bouquet of white and pastel pink flowers on the bonnet of the vehicle.

All eyes were on that bridal car, and suddenly, a girl in her early twenties exited the vehicle. She wore an A-line Silhouette dress that accentuated her hips and gradually flared out from the waistline of her bodice towards the hem which suited her curves perfectly.

She had glossy skin with velvety eyelashes and dark brown eyes. She had a big bouquet of Calla Lilies in her hands.

Beside her, were two little girls wearing white dresses and a small basket of flowers in their hands also stepped out of the car with the help of a guard.

Everyone looked at the girl, Zila in awe, and she blushed under everyone's gaze.

She walked through the alleyway full of roses with photographers, reporters, and many other people surrounding her as she made her way into the church.

Kay was wearing a jet black tuxedo with a bow on its collar. He looked handsome and charismatic. His arrogant, pure, and bold aura complemented his suit, and every girl there was drooling at him.

Zila was flustered when she looked at him, but continued walking until she reached near the stage.

He was looking at her while she was walking down the aisle, and offered her his hand and looked at her with a big grin plastered on his face. She looked at her brother, who smiled widely at her with love and affection, before taking her hand and putting it in his.

He helped her go near the priest, who bowed as a sign of respect before announcing the vows.

"Repeat this after me. I, Prince Kay, take you Princess Zila, to be my lawfully wedded wife, to have and to hold from this day forward, for better or for worse, for richer or for poorer, in sickness and in health, to love and to cherish, until death do us part."

Kay nodded a little before finally saying it, and the crowd smiled and nodded at each other. The priest then went towards Zila and told her to say something similar to that, to which she nodded and repeated after the priest while looking towards Kay.

"I, Princess Zila, take you Prince Kay to be my lawfully wedded husband, to have and to hold from this day forward, for better or for worse, for richer or for poorer, in sickness and in health, to love and to cherish, as long as we both shall live, and until death do us part."

Both of them smiled at each other, and the priest then said

"By the power vested in me. I, with this, pronounce you as husband and wife. Congratulations! You may kiss the bride."

Kay held Zila's both hands and leaned in. He was now so close that his face was hovering over hers.

"Zila, wake up. You have to go to the office. It's already 8. You are going to be late for work."

Zila's sister in law Sumi said to her while trying to wake her up.

Her eyes immediately shot open and widened, she looked towards her alarm, yelled and ran towards her bathroom.

She took her clothes, which were already hanging on the closet, and ran towards the bathroom.

But while she was taking a bath, Sumi said from outside.

"Come down for breakfast."

"Okay, right after I shower."

Sumi left, and Zila came out of the bathroom wearing a white knee-length dress with leggings which had a black belt on strictly at her waist.

She went near her dressing table and did a little makeup. She applied her eyeliner and a little lip gloss and put her hair in a high ponytail, which still reached a little above from her shoulder.

She checked herself a little before running to the dining hall.

She went there and hurriedly took a glass filled with orange juice and gulped it down in one go.

Her brother, upon seeing this, said "Calm down, sis. Why don't you just sit down and have your breakfast."

She said as she hurriedly left and rushed towards her Mercedes Benz car that was metallic red in color.

Her driver was already waiting for her to enter the car.

She hurriedly entered the car and asked her driver to drive as fast as possible.

While she was sitting in her car, her mind immediately thought about the dream she just had. She facepalmed and sighed.

"We would have been together today if it wasn't for…" she mumbled.

The car came to a halt in front of her company building, and she quickly got off and ran towards the elevator.

The company employees greeted her while she was hurriedly running towards the elevator, and she greeted them in return and went straight to the office.

After she got separated from her husband, she joined the SR company and started to work as an assistant accountant.

That company provided Zila with many things, and she had made many friends there.

She was sitting in her office, talking with her boss, when suddenly her phone buzzed. She took out her phone to see the message. The messages were from her sister in law.

Sister-in-Law: Zila, you have to go to a wedding with me next week.

Sister-in-Law: Be ready. There will be a lot of handsome guys, so I might try to matchmake you with someone there. So before the wedding, just go to a spa. Understood?

Sister-in-Law: Be sure to come back home early, and remember to eat your lunch.

She looked at the clock, and it was already lunchtime, so she decided to go to the employee cafeteria.

She looked through the menu and ordered a vegetable sandwich with orange juice and sat near a table where two girls, probably in their early late twenties, were already sitting.

On seeing Zila, both of them smiled and gestured her to sit down.

She sat down with them and started to eat her sandwich. Both of the girls then began to gossip, and Zila was getting bored because she doesn't like gossip in general.

One of the girls with blonde hair said, looking at Zila with a little smirk on her face.

Zila looked at her and immediately answered.

"Oh. Well, there is a party after four days. You wanna come with us? It'll be extremely fun!"

The other girl, who had light caramel brown hair and sparkling eyes said, trying to change the topic, but Zila shook her head in disapproval.

She was much too busy for that.

" No excuses. You're coming with us."

This time she was cut off by a brown-haired girl.

"I won't listen anything. You have to go with us and that's final."

"OH come on Zila. It will be fun. Besides you are all alone now. You can't live your life like this. It will be too difficult for you.

We will go to this party and will have fun. Stop thinking about the bad things that happened to you and let you and look forward to your future.

I am sure there will be another guy who will love you and cherish you. So be it. "

Zila sighed before finally agreeing and they both squealed.

" Fine I will go. But we will come back early. And send me the exact location and time. I will be there. "

Everyone were now excited about the party. But Zila was just looking here and there not knowing what to do?

She was quite depressed as she wasn't able to forget about her past.

Her mind was just wandering around and her head started hurting because of all the thoughts and tension.

At noon, she packed up all her things and left her office to go to her home. After having dinner, she simply went to her room.

She took a long warm bath before finally slipping in her pajamas. She then played down, and after checking out her phone a little, she slept.

Question of the day :

What's the reason that Zila and Kay are not together anymore?

A) A girl destroyed their relationship. The third girl!!

B) A third boy caused all the misunderstandings.

C) There were some family problems due to which they got separated.

Tell me about your thoughts by commenting on it and don't forget to vote for it .