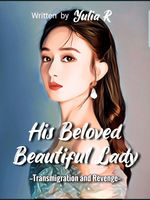 In the past, she was an imperial concubine who was always persecuted. Her extraordinary beauty and intelligence had made the queen jealous and killed her with deadly poison.

It is her new life. Her soul had transmigrated to the modern world by entering the body of the Lin family's second daughter who was known as an idiot.

Lin Wuxin might be an idiot. However, she was already dead and was replaced by Li Luo, a genius concubine who was able to turn the Wei Empire Queen on a rampage.

Who dares to bully her? You guys will regret it!