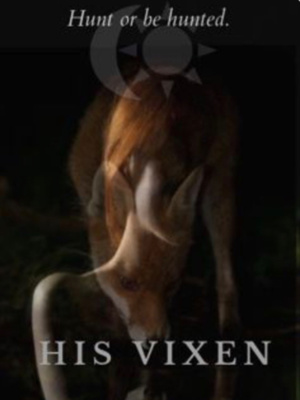 After a fetal car accident, 23 year old Nyla Cuttwright miraculously comes back from the dead after an encounter with a haunting voice in whatever afterlife she was sent to. When she awakens, she isn't exactly back to her normal self again. Moving back into her grandmother's house, her childhood home, she stumbles across things her late grandmother kept hidden from her.

Her second chance at life begins with the discovery of who she is, and who she has become. For every woman with Cuttwright blood running through their veins is said to be blessed with another soul hidden deep inside of them.

Once it awakens, they can acquire power from it.

But first, they had to tame it.

But it was purely feral.
Witty.
Cunning.
Quick.

That's how long it took Alpha Cole Belikov to bring his torn apart pack back to life after a devastating attack from a group of savage rogue wolves. Since then, Alpha Cole has taken revenge on each rogue wolf unlucky enough to cross his borders, with deadly efficiency.

Now, strength and unity dominates his pack, the most powerful in all of North America. Rumors of their cold and merciless Alpha King spread far, his ruthlessness spoken of in hushed voices, his name taboo to all who speak of it.

Obsessed with finding and killing the mysterious group of rogues who took out his parents and brother, as well as a third of his pack, he learns that the only one who knows the identity of the leader of the rogue group was said to be a fox shifter.

They say it's impossible to find a fox who doesn't want to be found.

But foxes think alike, and Cole has found his vixen.
His mate.