I'll Come Back For You by Sholikhatin_Nikmah full book limited free

/ Contemporary Romance / I'll Come Back For You 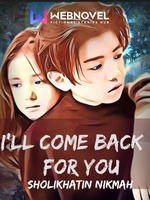 I'll Come Back For You ICBFY

Ziyad Abrisam is a very genius child, when he was five years old he had to move to England to study there. Abri, he is usually called to meet a beautiful little girl named Alice Keana who also has the same privileges as Abri.
The two of them depend on each other, but unfortunately Abri has to go to live with his grandfather in China. Abri then sent a message to Papa Alice, Andrew, to say goodbye to Alice and Abri would return fifteen years later. Will Abri keep his promise to Alice? follow the story in the story I'll Come Back For You