A Sacrifice Every Day - I'm Not an Evil God! - Chapter 1 by XXXX You full book limited free 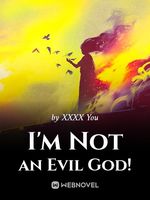 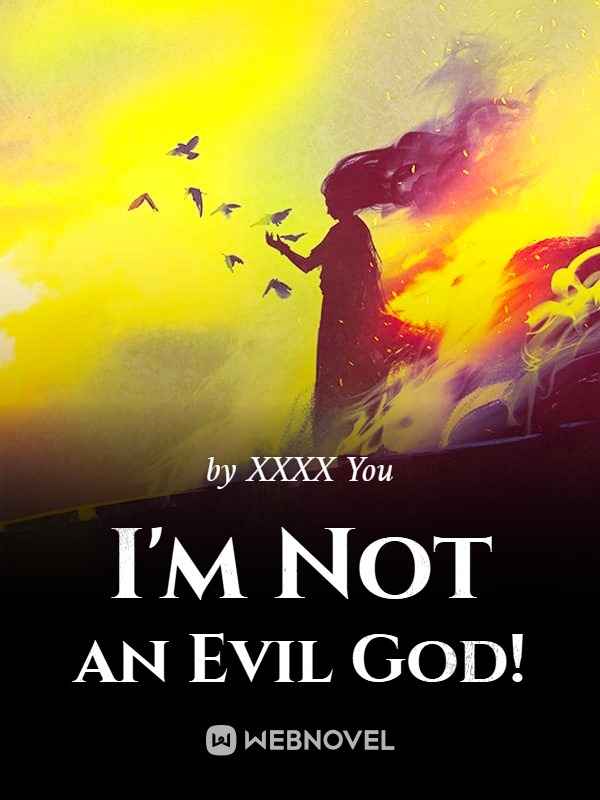 I'm Not an Evil God!

Chapter 1: A Sacrifice Every Day

A bright fire burned under the night sky.

Dozens of torches formed a circle with a huge stone altar in the centre. On the altar was a mysterious item covered in black cloth.

A mysterious sacrificial ritual was being carried out.

Nany people in black robes gathered around the sacrificial altar and torches. Their bodies swayed slowly to the rhythm of their chanting.

On the sacrificial altar, the person in the lead spread his arms and faced the flames.

His face was covered by a hood and chanted incantations as his face was shrouded in shadows.

His voice was low and hoarse, as if he was screaming in pain. At the same time, it was as if he was talking in his sleep.

In a voice full of desire and panic, he slowly recited in an ancient language:

"The gods of the Chaotic Lands…"

"The redemption of the undeserved…"

"The primordial evil that leads to the Temple of Immortals…"

"The dead silence of the bright night…"

"The punishment above the thunderclouds…"

"Please accept the sacrifice of us believers!"

As the host finished speaking, the surrounding black-robed men immediately began to crawl on the ground and pray.

Then, the black-robed figures were all muttering ancient incantations.

"Please accept the sacrifice of the Mist Lantern believers!"

"Please accept the sacrifice of us believers!"

When they finished speaking, the mysterious item on the stone platform moved twice.

It seemed as if the item wanted to lift up the black cloth and escape, but the next second, a powerful unknown force suddenly suppressed it.

Immediately after, a blood-red array slowly formed around the stone platform. Then, it slowly rose after it was completely formed.

The black-robed men all lowered their heads in reverence. Meanwhile, they did not stop chanting the ancient language.

The red light gradually became brighter as a sound was heard. Suddenly, it expanded rapidly and the area around the torch was bathed completely in the red light. The red light only lasted for less than two seconds before it finally disappeared.

The leader of the black-robed men opened his eyes and looked at the missing offerings on the stone platform, his heart filled with incomparable devotion.

"The Evil God shall live forever…"

"The Evil God shall live forever…"

Everyone prayed sincerely to the Evil God.

At the same time.

In the slums of Saint Laurent City.

James was confronting a blood-red spatial array inside a small and dilapidated house.

It had been less than a month since he had transmigrated to this world. Ever since the first day he had arrived, such an array would appear at regular intervals.

Strange things would often be sent over from such arrays.

They could be strange ancient books filled with ancient and obscure words.

Or they could be bloody intestines that could move and were extremely disgusting.

In particular, a living arm was sent over five days ago.

Yes, it was a living arm.

It was shriveled like a twig, but as James approached it, the arm sprang up and grabbed his shoulder.

The immense power almost killed him.

Fortunately, James was smart enough to pick up a kitchen knife and cut it down, cutting the arm in two. He was saved at last.

However, the arm could no longer ambush James as James had learned to be smart.

He stuffed his arms into the drawer and did not care about them anymore, no matter how they made an uproar.

After suffering a few times, he would not be so naive this time.

He looked warily at the mysterious red array and wondered what kind of terrifying thing would be sent over this time.

The array suddenly dazzled red twice. Then, the next second, something wrapped in a black cloth was sent over and fell to the ground.

The item rolled on the floor and made thumping sounds.

It only stopped when it reached a corner.

James approached the item cautiously. He first extended his leg and kicked it twice. When he saw that there was no reaction, he gathered his courage and went forward to open up the black cloth.

Before he could untie the black cloth, he smelled the stench of blood.

He furrowed his eyebrows slightly. However, he had already gotten used to this after experiencing so many things over the past few days.

He did not stop what he was doing.

The next second, the black cloth was untied, and a strangely shriveled and black head appeared. The head suddenly opened its eyes and let out a hoarse and dry laugh.

James was shocked. His face turned pale and he took a few steps back.

However, he immediately realized that there were many residents around him. If he disturbed them, his secrets would be exposed.

In this moment of desperation, James didn't know where he got his courage from. He pounced forward and grabbed the black cloth that was used to store the head, wrapped it into a ball and stuffed it into the head's mouth.

Then, the strange laughter stopped.

"James, are you okay? What was that noise in your room earlier?"

Footsteps suddenly came from outside his room. Not long after, the landlady knocked on the door.

James could only brace himself and spoke as he hurried to open the door.

A short, bespectacled old woman stood in the doorway. She poked her head around to see what was going on in the house, but James pretended to inadvertently block her view with his large body.

"Why do I keep hearing the sound of things crashing in your room recently? Did you run into some trouble?"

The landlady asked him with concern.

"Old Lady, I've been keeping a young gnome as a pet recently. You know that young gnomes are very naughty, and it's common for it to cause trouble. Don't worry, I'll teach it well."

He had no choice but to lie to the landlady. Otherwise, the broken limbs in his room would bring him a lot of trouble.

"Of course. Why would I lie to you? You know that I've always respected you."

After chatting with the landlady for a while, he coaxed her away.

James closed the door with a smile on his face. However, when he turned around, the sweat on his forehead fell.

When he returned to the kitchen, the head's eyes were already open, but the eyeballs were long gone. As a result, its eye sockets looked strangely empty.

Its mouth was blocked by the black cloth and it was unable to speak, but it continued to struggle.

When James looked at this head, he could not help but put his hand against his forehead.

He was thinking of a way to deal with these things.

In the past month, his house was almost completely filled with these filthy things. There was not much space to hide them anymore.

If this continued, he would be exposed.

Suddenly, James had an idea.

There was no way he could hide them anymore. Since that was the case, why not use a sack to store all these things?

He would bring them to the mountain behind the town and burn them all there.

When he thought of this, James immediately got to work. He immediately dug out a sack from his house and put all the filthy objects into it.

He planned to go up the mountain at dawn tomorrow.