The Reincarnated Scarecrow - I am a Scarecrow and the Demon Lord of Terror! - Chapter 1 by Laughter and Joy full book limited free 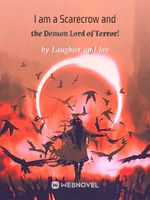 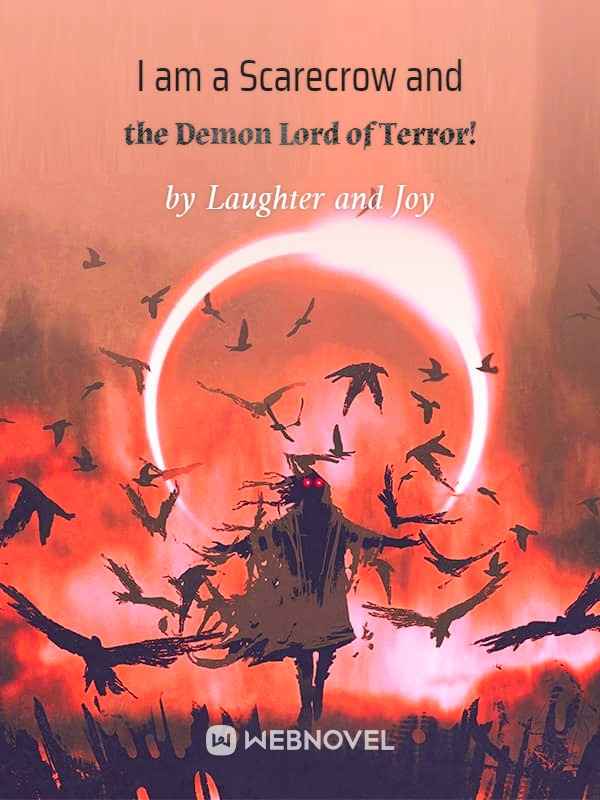 I am a Scarecrow and the Demon Lord of Terror!

There was no one in the golden wheat field that evening.

A lonely scarecrow stood there quietly.

The next second, the scarecrow revealed a strange smile.

[Ding! Binding to the Demon of Fear system.]

[Ding! The novice gift pack has been distributed!]

"It's been almost a month since I transmigrated here, and the game's cheat code just arrived!"

However, he was more delighted than dissatisfied.

A month ago, Flanders transmigrated to this world, but he could not move at all.

Except for his face...

It felt as if one had downloaded a new game only to find the mouse and keyboard were broken, and only the monitor was functioning.

It was a pain in the ass!

However, now that Flanders had obtained the cheat code, there would be a huge difference.

So what if he didn't have a keyboard and mouse.

He had a cheat!

With that, Flanders excitedly checked the Demon of Fear system.

[Strength] Unable to be detected

[Introduction] While causing fear, it can increase the host's strength and gain fear value.

However, one message caught his attention.

"System, what's with the undetectable strength? Could it be that I'm too strong?"

[Because the host's strength is too weak, the specific value can not be detected.]

Flanders's scarecrow face twitched twice and did not speak.

However, this was not important.

Flanders looked at the novice gift bag, and he was immediately not depressed anymore.

[Ding! As the host has obtained fear points, the skill learning interface has been activated!]

After receiving this notification, Flanders opened the skill learning interface.

Currently, there were only three skills that could be learned.

[Fear] Requires 100 fear points. A fear illusion is implanted into the target's mind for 2 seconds.

According to the system's detection, his strength was too weak.

Flanders has yet to completely understand what kind of world he was in.

If this place was filled with strong people, then it was obviously very dangerous for him to wander around.

After thinking about it, Flanders decided.

He would consume 100 fear points to learn [Fear]!

The fear points instantly went to zero, but Flanders did not feel any heartache at all.

Because only with this skill could he obtain fear points continuously.

And he could also become stronger without limits!

Next, all he had to do was wait for his prey to come knocking on his door.

Just as he was thinking, a black crow flapped its wings and landed on Flanders's shoulder.

At this moment, Flanders looked like a regular scarecrow.

If it were any other bird, they might mistake Flanders for a human and would not dare to go near him.

This was the purpose of an ordinary scarecrow.

However, a crow was different.

It was a very smart bird, and it could tell that Flanders was not human at a glance.

However, it was also more convenient for Flanders.

Just as he was worried that no prey would come to him, the crow came to him voluntarily.

At this moment, the crow was standing on Flanders's shoulder, combing its feathers with its sharp beak.

But in the next second, the scarecrow beside it actually revealed a strange smile.

The crow was shocked. Just as it was about to fly away, it realized that it could not move.

After the skill was activated, a terrifying scene immediately appeared in the crow's mind.

It saw a huge net appearing in the sky, enough to blot out the sky and cover the sun.

Meanwhile, it was surrounded by countless of its own kind in this huge net.

In the next second, flames appeared out of nowhere in the net.

Countless crows wailed in pain in the net, but they could not escape.

Flanders smiled in satisfaction when he saw that his fear value was increasing in his account.

Two seconds later, the crow regained its consciousness, but it no longer dared to stay there.

Even the bird could see that this scarecrow was very strange!

Flanders allowed the crow to flutter its wings and leave without stopping it.

One reason was that this fear skill had a limitation.

[Fear] could only be used once against the same target within ten seconds.

So even if Flanders wanted to keep the crow, there was nothing he could do.

Another reason was that the crow gave too little fear value.

"Looks like I still have to harvest the fear of humans!"

The imagination of a human was not something crows could compare to.

The more imagination one had, the more intense the fear would be.

Looking at his fear value, it had already reached 30 points.

Evidently, Flanders had discovered a problem.

That was, before he used his skills, Flanders had already obtained ten fear points.

This seemed to be because he had smiled at the crow, scaring it.

"Looks like obtaining fear points doesn't have to be obtained through skills."

Flanders had obtained another key piece of information.

He was quite satisfied with this experiment.

Next, he only needed to wait for the next prey to come knocking on his door.

It would be best if it was a human!

A farmer who reeked of alcohol carried a bottle of malt liquor and walked unsteadily on the wheat field.

"A miner's wife who has never seen the sea.

"Smoke and dust covered the sky.

"The moonlight was hazy and my eyes were full of tears.

The next second, he bumped into a hard object.

The farmer rubbed his face, which had turned red due to being drunk, and stared at the dark guy in front of him.

However, when he took two steps closer to compete with this guy, he realized that it was actually a scarecrow.

The farmer rubbed his head and laughed self-deprecatingly:

"Old fellow, you've really drunk too much. You're actually playing with a scarecrow."

Just as he was about to leave, he heard a mutter.

"Yeah, you've drunk too much."

Who was speaking in this empty wheat field?

In an instant, the farmer was startled.