/ Fantasy / I Became a Necromancer Cat 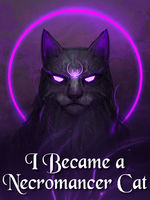 I Became a Necromancer Cat IBANC

Because they were so dangerous, practitioners who used this class were hunted and killed by all magicians and warriors across the continent.

But there was one individual who, despite the joint effort of the most powerful magicians of the magic council, managed to survive and continue to practice his own magic to strengthen himself, causing more chaos and destruction across the continent.

This individual was known as the most powerful Necromancer the world has ever seen, but because of a terrible conspiracy, he died with great resentment, reincarnating in the body of a small black cat in a country he never heard of in the 21st century.

With the knowledge and experience he had to become the most powerful Necromancer in the world, had he managed to get back to the top again now in the body of a cat?