I Became the Husband of This Little Beauty - Romance

/ Romance / I Became the Husband of This Little Beauty 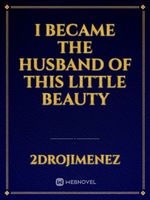 I Became the Husband of This Little Beauty

White is a small and petite girl from China. Her family have been put under pressure by enemy Daoist sects and even the Chinese government are dancing by the palm of their enemies.

With that being the case she and her family along with some of their elite subordinates flew to the neighboring country the Philippines, to let Little White have a normal life. As such, they erased her memories of the magical secret of the world. Free from the world of worries.

Years passed, and her parents created a well established company for their daughter to take control of when she grows up. But, maybe because of the side effects of the memory erasing technique, fragments of her memory made her personality become somewhat special. Making her a chuunibyo.

Because of this personality of hers, the enemies became aware of their hiding on the country. Her family and their subordinates fought them a countless times already, creating earthquakes everywhere in the country. The chinese military are even on the move, trying to get a territory in the Philippines. After a long time of suffering from enemy attacks, they thought of a plan.

They're plan is to first find someone who is satisfying enough to take care of their daughter and change her worrying personality and then give their company to that person. After that they would fly back to their country, gathering the surviving subordinates and baiting the enemies; running to other countries so that their daughter can have a normal life.

This story is about the life of a young man who became the future husband of this cute 17 years old girl.


This is a work of fiction, events that occurred in the story is not really happening in the real world; or is it?

This is my first time writing by the way. So if you find something wrong with my grammar or some flaws on the story, please don't hesitate to leave some feedback.