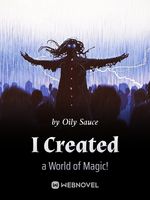 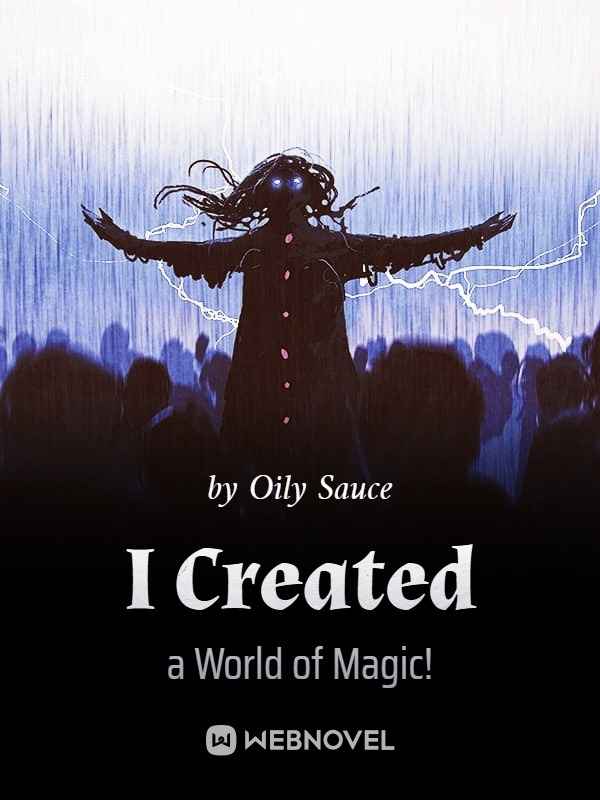 I Created a World of Magic!

On the third floor, in a two-bedroom apartment.

Dressed in a bathrobe, Charlot had just taken a shower and was rubbing his index finger and thumb in distress.

And between his two fingers, thise was a small red flame!

"Magic, magic... how can I make people believe in magic?"

Charlot murmured. After a while, he put out the flame in his hand, turned on his computer, and started to search for magic on the Internet.

Charlot, who was 21 years old this year, was a care worker in a nursing home.

He had been in this world for two years!

That's right, Charlot was a "traveler" who had transmigrated from Earth in his previous life.

After transmigrating, he was still an ordinary person.

The only difference was that he had a system in his mind!

The principle of this system was that Charlot had to make enough people believe in the existence of magic and teach magic to others. Then, he would get enough faith points.

As long as he had enough believers, Charlot would be able to increase his state!

And as long as he had enough faith points, the things that could be exchanged in the system were practically used up!

Anything like forbidden spell scrolls, divine artifact, or pets, the system had everything.

The only drawback was that all these items required faith points to be exchanged!

The system had appeared in Charlot's mind a long time ago, but it was only until today that the system was truly upgraded. Only then did Charlot know the functions of his cheat in detail.

He had to admit that a cheat could only be used after two years of transmigration. It was truly strange!

Lying on the bed, Charlot summoned the system in his mind.

[ Number of believers: 0 (each person can provide a maximum of 100 faith points. Anyone who has more than 50 points will become a believer) ]

[ State: Mortal (please develop your magic believers as soon as possible)(number of believers required for the next state: 100) ]

That was the information Charlot had at the moment.

His faith point was only a pitiful 0.3. It was probably because the ice elf ran to the windowsill yesterday and was seen by the fat lady next door...

Now, Charlot only had two spells. The first one was the little flame on his finger just now. With his current strength, he could not even be considered a junior sorcerer. Even that little flame could only last for more than ten minutes!

It was just a ball of ice element that could not fight or speak. It could only run around!

Although it was indeed quite cute.

The reason why Charlot's ice elf spell was better than the flame spell was that as long as the ice elf was released, it did not need magic power to maintain it.

As long as it did not encounter any special circumstances, it could exist forever.

Magic was based on magic power and supported by various spells. By combining and arranging magic power, one could finally form a spell.

Through the system, Charlot knew that when he was a high-level or grand sorcerer, he could even use the magic power in his body to communicate with other magic power and elements in nature and release a powerful forbidden spell!

It was useless to say anything now. Without faith points, everything was just empty talk.

However, in this world that was no different from his previous life, it was extremely difficult to make people who lived in science believe in magic!

"If I really can't do it, I'll go on the streets and perform!", Charlot gritted his teeth.

A moment later, he shook his head again.

"How many people can see me performing on the streets..."

While he was struggling, a melodious music sounded. Charlot picked up his phone. The name of the caller was 'Director'.

"Charley, why didn't you come to work today?"

"Uh... Director, I caught a cold today. I was dizzy in the morning and forgot to ask for leave from you. I'll be there in the afternoon. It won't take up too much of my work!"

Charlot wiped away his cold sweat. In fact, he had forgotten to go to work because he knew that the system would officially available today.

"Hehe, it's fine. Today, the children from West Elementary School are coming to our nursing home to do charity work. We need everyone to pay attention in the afternoon so that there won't be any accidents!"

"Okay, director, I'll have some food. I'll be there right away!"

After hanging up the phone, Charlot sighed and lay down on the bed with a troubled expression.

After a while, he suddenly stood up with a pleasantly surprised expression on his face!

This was because he suddenly thought of an idea!

Since he wanted the others to believe in magic and learn magic from him, it would definitely be the most difficult in the beginning!

When it was the most difficult, he naturally had to find the easiest person to fool!

Then, what kind of person was the easiest to fool?

Moreover, he had real ability to use magic!

Even if it was just a small flame, how could it be something that other people could do?

Now, he was working in a nursing home, and there was a large group of elementary school students coming this afternoon. Wasn't this a once-in-a-lifetime opportunity? !

Thinking of this, Charlot smashed his left palm with his right fist, and he bounced up from the bed!

Then, he looked around the room, and finally grabbed a palm-sized, ice-blue little fella from the top of the refrigerator, and shoved it into his pocket!

That's not time to eat, I'm going to have my magic believers!

Charlot, who didn't earn much money, could only take the subway and public transport to his workplace.

Palmeira Nursing Home was a public nursing home for the elderly in the entire west district.

There were more than thirty official staff members in the nursing home, including doctors, nurses, and care workers like Charlot.

There were more than 200 old people in the nursing home, and most of them were lonely old people without children.

Old people with children would go to private nursing homes with better conditions even if they wanted to.

When he arrived at the entrance of the Palmeira Nursing Home, Charlot happened to see a slim girl walking out.

The girl had blonde hair and a beautiful face. Her long legs accentuated her alluring figure.

Her name was Vera, and she was not an employee of the nursing home. Instead, she was a student of the nearby West National University. She was very caring and often came to volunteer.