I Dare Not Hope - Contemporary Romance

/ Contemporary Romance / I Dare Not Hope 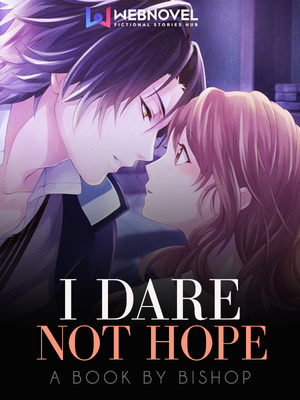 I Dare Not Hope IDNH

Hi! I am Scarlet. Just an ordinary girl searching for a new beginning after losing two people that I love. Moving to another place and running away from my past that haunted me was the only solution it would seem.

However, fate had another plan arranged for me. My life turned more complicated when I met them. Daniel and Nathan. I was supposed to get my life in order before letting myself be involved in a relationship, but how do I turn my back on love?

Daniel and Nathan were total opposites. Although they were both successful in their own rights, they still possessed different characteristics that made them attractive in their own way.

Daniel was the ideal man to love because of his similarity to his brother, Harry. Smart, down to earth and with a gentle heart. While Nathan was the man to avoid, she could not entrust her heart to him despite of the strong attraction they shared. A rich, manipulative and arrogant womanizer.

Which one should I choose? That was my question to myself. By entering a relationship, would that help me move on from my past? Would our love be stronger than the obstacles in our path?

Should I dare hope that I would have a happy ever after?

Please give Scarlet a chance. Let her tell you her story. Add her to your reading list.

But, what if… something in her past was the key to her future.

"I told you before, I'm now with Daniel." I uttered with conviction, trying to convince him.

"I told you that you're making a mistake of stringing Daniel along," he insisted. “Clearly, Daniel is falling for you, but I know you don’t feel the same. He is a good man, and what you’re doing with Daniel would only end badly."

"Nathan, let me go," I said angrily, not wanting to be near him. "I don't know what you’re talking about, and you had no business with my affair with Daniel," I emphasized irritably.

He released my left hand and gripped my jaw instead, forcing my head up. I tried to push him with my free hand but to no avail. "I'm talking about this." He lowered his head and claimed my lips in a punishing kiss.

My mind was fighting not to respond with the onslaught of his mouth, but my body wanted the opposite. He pressed his body even closer than I ever thought possible, molding every inch of my body with his.

I felt myself opening up to him, and he took advantage of this and plunged his tongue with mine. I became super aware of every contact of our skin. He adjusted his hands at the back of my nape and the other at my lower back, giving him more control of my body as his kisses became more demanding.

My hands started having a mind of its own and began its own exploration. I could feel the solid muscles in his arms and shoulders. My hand ended up in the back of his neck, clinging to him for support, as his hands started exploring my back.

He slowly broke the kiss, both of us panting, trying to catch our breaths. I never felt like this before, this intense need to be kiss, to be touch. It exhilarated and frightened me at the same time. Why did I reacted like this to this man? I barely knew him, and I was not even sure if I like him.

"I want you and clearly you want me to.” He stated confidently taking my lips again for a rough kiss, and I welcomed it with a hunger I could not deny. I placed my hands on the back of his neck and pulled him closer. "The way you kissed and responded to my touch tells me how much you wanted this too."

Finally, he released me and moved a step back. "That just proven my point. How can you go out with Daniel and just made out with me with such passion. Did you respond to his kiss the way you did to mine?"

Credit to the owner of the book cover.