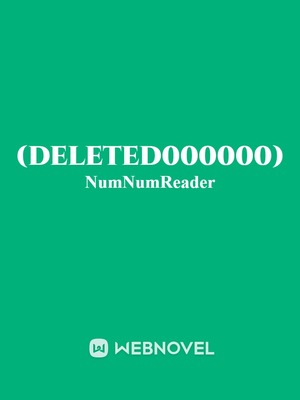 An Unlikely Ending Yet A Likely Beginning

New York City, the city that never sleeps. A place of learning, creativity, and life.

While this place is so beautiful and full of character, that doesn't mean it's flawless.

In life we are dealt a set of cards, a hand we can play in the game of life. This hand can shape the way we are, the character we've become.

The life of our protagonist isn't happy, it isn't sad, it's a life. We see life as something physical, when in reality it's a game in which the people playing can set the rules of society.

And in the life of our protagonist he was given the hand usually referenced as bad.

Born into the streets, another nameless face in the hundreds of children born with no family, or parental figure of that matter. He drifted aimlessly, no reason to even exist yet. Until one day he was branded the name Jackdaw. A beautiful bird, named for the beauty he saw in the world that flowed around him.

While given a bad hand, he still used it to his advantage creating a life for himself in helping the people with worse lives than himself.

With no job, no family, and certainly no home he wanders the city day and night using his time to help those in need, giving even the shirt off his back even if it is all he has left.

As he walked down a side street, he heard loud screams coming from an alleyway nearby. He pulled his hood up he looked around the corner to see something peculiar taking place.

In the dim lit alleyway where three people, two men trying to catch up to a running woman fleeing down the alleyway.

"Come on girlie!" the first one yelled slightly out of breath, "I promise we'll show you a really good time!"

"Leave me alone!" She yelled back angrily, getting closer to our protagonist's hiding spot.

"A pretty lady like shouldn't be out here alone, come spend the night with us," the second called out.

Finally, as they approached his hiding space Jackdaw watched the lady bolt pass and right as the two men ran past, he jumped out of his hiding place, crashing into the two men sending all three of them to the ground. Expecting a fight, he went for one of the men's neck, only to realize both had been knocked out cold on the hard concrete of the hidden alleyway.

Lifting himself off the unconscious bodies of the two men he stood and turned himself to the lady slowly walking back, having noticed her pursuers knocked out.

"Hey, are you okay?" He asked, turning to the lady walking up to him. He then shifted back and leant down to check the men's pulses, breathing a sigh of relief to see they were both alive. Seeing they were both relatively fine be turned back to the lady expecting and answer.

"Do you have any idea what you've done?" she asked, glaring at him, looking for all intent and purposes as if she wanted to kill him. "The months and months of work you just unraveled?!" she snarled at him.

"What?" Jackdaw asked, startled by the lady's change in character. She growled at him then turned and began to pace in front of him walking so fast he thought she would carve a path into the ground.

"Miss, are you okay?" He asked slowly, then realized, "I think you're in shock."

"No, I'm not in shock you buffoon," she muttered still pacing. She sighed loudly, deflating of anger. Or at least it seemed that way to Jackdaw

"But you," she gestured angrily at him, a glint in her eye, "Have messed it all up completely."

She reached into her handbag, something he hadn't noticed was there before, and pulled out a large pistol with a silencer. She settled it in between both of her hands and clicked off the safety.

"Wait, wait, wait, we can talk about this," Jackdaw cried out. Watching her check over the gun before aiming it at him

"Are you proud Cagna?" She growled before turning and shooting one of the men in the head.

"No! I really don't know what's going on!" Jackdaw cried, his indifferent interior cracking at the seams. He had never had to deal with something this extreme.

"Course you don't. My father probably, huh cagna? Are you a little lap dog?" She asked as if talking to a child.

"Well he should know all too well," she stated before shooting the other man in the head.

"That I hate cagnas. Night night lap dog," she exclaimed before turning on him and shooting him through the head.

For a second, all Jackdaw felt was pain, then silence.

Hi This is the first chapter of the First Light novel I've attempted. Thank you for reading and please give me feedback and some advice to improve my writing is always appreciated. - NumNumReader

Hi I'm Rowan, I'm am currently helping NumNum write this. He came up with the story idea, and the outlines, and I filled in and edited it. Make sure to leave a vote and a comment and have a lovely day. - Rowan/Editor