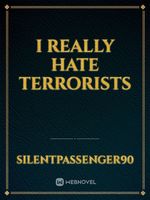 I don't know why I can't post this as a Fanfic so it has been posted as a novel. This is my first story ever. It was originally posted on FFN but decided to post on here as well.

A soldier dies in battle and wakes up to find out he has been Transmigrated into the body of Harry Potter after the events of The Philosopher's Stone.
***TO BE REWRITTEN***

Harry Potter is owned by JK Rowling and WB. I only own the OC.