I Will Survive As The Extra Character! - Fantasy Romance

/ Fantasy Romance / I Will Survive As The Extra Character! 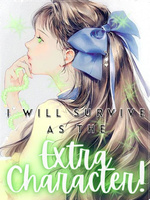 I Will Survive As The Extra Character! IWSATEC

It was dark, cold, and… is something wrapped around me?

I hear the door opened and felt very cold water being poured at me. I sprang up, feeling the cold water dripping down my face as I opened my eyes to look at who disturbed my beauty sleep. That is when I saw an unfamiliar face.

"Ah, you're awake now My Lady." She said, her face is unexpressive.

My mind was still loading and something just clicked in my mind, "Are you a nurse?"

She looks confused but slowly nodded, "In a way, yes."

"You were brought here by the Count as he saw you roll down the stairs."

Count? Is someone named Count in our school? Oh, whatever. I need to thank him and I'm sure Daisy is very worried.

I removed the blanket that was on top of me and I moved out of the bed. I passed by a mirror and at the same time, a doll walked past it. I stopped in my tracks and went back to the mirror, thinking that my eyes are playing tricks on me but when I see that the same reflection is copying my actions, I was beyond shocked.

Hana was just a simple college student who attends a local university, trying her best to pass and get a degree so she can live a better life. She is an orphan and she can barely hold her job for at least 2 months because she is sometimes lazy. Even though her life is tough, she pulled through and is now in her final year.

On the day of her final exams, something happened to her that made her wake up in an unfamiliar place with a different body.

It was the place in a novel that she read before named "Lovers in Bloom" in which the poor heroine fell in love with the duke of the kingdom and they lived happily ever after yada yada.

It was a cliché story that when she finished reading it, she cringed so hard she thought her face will crumple permanently. It was a shit---bad story, but she read it until the end anyway.

Now, she doesn't know who this character she possessed and what's her role in the story. This character wasn't even mentioned! So she decided to live as the extra character who will just watch the heroine fall in love with the duke and live happily.

However, why is the plot changing?! Why are the side characters showing up more than the main characters?!


Disclaimer: photo used for the cover is an unknown artist. I do not own the cover.