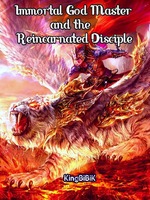 Zhao Yao, an average web novelist, took control of the body of a humiliated and tortured clan member of the Ancient Zhao clan after he tried to commit suicide. A master of cultivation novels, Zhao Yao realized that his savior, a self-claimed Immortal, was the special cheat he got like other usual protagonists.
Even though he was in a new world full of adventures ahead of him, Zhao Yao first had to solve and clear the shameful trap set up for him by his own family.
With his Master plotter mind, he had to tackle all the troubles and drive his own story through his actions rather than his pen. It's going to be a lot of fun, or he hoped so.
Zhao Yao swore to create an Epic story with his own life.
**********
Immortal Lu ended his long closed-door cultivation in success only to get shocked by the time he took for his breakthrough.
The land changed.
It's people changed.
The cultivation method changed.
Almost every aspect of society felt new to him.
He, who focused fully on his cultivation, decided to experience and learn the world when he met a fated 'friend' of his, Zhao Yao.
********
A master without social knowledge and a disciple without any cultivation knowledge formed a unique relationship that made others as well as themselves question who among them is the master.
They started an adventure full of enjoyment, face slapping, and self-learning.
**********
[This story is not BL. Just a novel with a unique Master-Disciple relationship.]
**********
[I don't own the picture..]