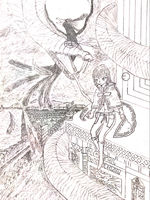 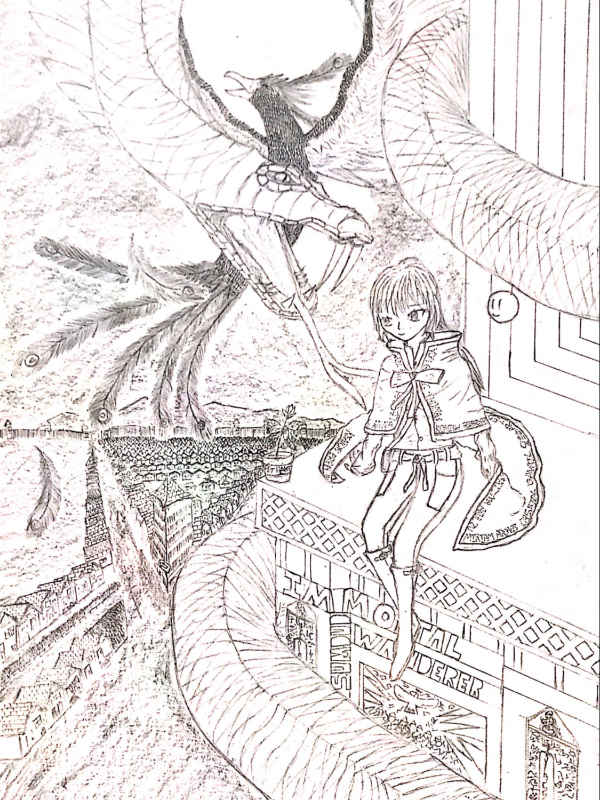 Hey, have you heard of a rumour floating around recently?

I heard that there’s this girl walking around, weird, right? She walks and just goes around the place, no one knows who she is, no one knows where she came from. Hell, I don’t think even she knows the answers.

But oddly enough, she never seems to age, does she? Of all the dragons, dwarves, elves everywhere, there’s a simple tale passed down from generation to generation.

Of a girl that does not age.

How did it all start? In this fantasy world, how did this person come to be?

A world where humans isolate themselves within their walls, wary of the monsters that lie outside. A world of magic, a world of fantasy, but nothing seems carefree nor fun.

Dating back to one of the greatest disasters known to humanity, the disaster where many deaths were witnessed, life was made.

Living eternally, forever wandering about the world. Monsters do not attack her, no sickness plagues her, and time becomes irrelevant. Wandering from village to village, eventually, she comes across a group of excited people.

'Hey, take us out to the unknown, we want to see the world!'

This is a tale of finding the meaning of life in a world where nothing seems to go anyone's way.

*(Notice: The first part of the story is a backstory. If you don't really like the theme of the backstory, I understand if you just don't read it.)