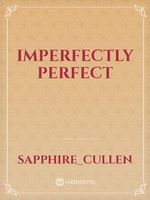 "What do you mean by love" the person asked.

I simply smiled and said "Love is an unconditional commitment to an imperfect person.To love somebody isn't just a strong feeling. It is a decision, a judgement and a promise.

Adhira Cortello is a girl who faced many hardships and yet stood strong. She is a girl people would admire and yet feel jealous of her. She is a cardio surgeon, singer, model, motivational speaker, archer and CEO of Avni Group of Industries. She is crippled. A accident made her like this. She lost her mother. but when her mother said that she had brothers, she was quite shocked. So she started her search and found that she had five brothers.What will she do?

The Cortello brothers love their sister with their life. But when she was kidnapped, they were devastated.And after five years of her kidnapping, a 40 years old person came and gave a girl who looked like their sister and told that it was their sister. The boys believed and raise the girl as their sister.

What happens when they found out that , the girl was not their sister? What will adhira do when she found the information?

And to add to this drama there is Adrian Ivanov, a striking handsome man with arrogance of a mountain. He oozes arrogance,strength and power. And not to mention his possessiveness. He is perfect example of masculanity . But then again everyone has a past. Isn't it?