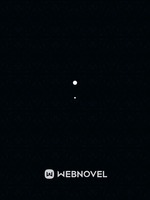 -This is a wish-fulfillment story that is in the MCU universe and will follow the MCU in my own way. The goal is to blend my story in and around the MCU.
-It will be a while, a very long while before I get to the actual MCU storyline.
-The story may seem a bit slow, is slow, very slow, depending on what you're after.
-Updates will be slow.
-He does not start op.
-Be warned I'm a below-average writer, I need to work on my details and wording, and probably everything else. Expect quality fluctuations.
-((( Useful feedback is much appreciated. )))
-This will have a harem since my last story didn't have one. --Expect badly written lemon scenes. They will be marked for an easy skip for those who don't want to read it. If you can handle all that, then welcome aboard.
-The Asgardian Theoric is about to get a second chance. [[[ https://marvel.fandom.com/wiki/Theoric_(Earth-616) ]]]
-The story starts before the MCU where he will grow his abilities on his way to becoming indomitable.
-1st volume: Prologue
-2nd volume: Troll War - (ch.12-59)
-3rd volume: Hidden Forces - (ch. 60-???)
-4th volume: Olympians
-5th volume: Mutants
-6th volume: MCU
-7th volume: Darkness???
-8th volume: ???

-This is a fanfic, don't expect everything to be super accurate to marvel canon or history in general. I'm taking the info provided that's already been established and turning into a story of my own making.
- No kingdom-building,
- The beginning of the story puts a lot of people off because I didn't go the normal route people would like, and they don't tend to like the troll arc.
- He also starts a little rash and seems a little weak because his powers easily drain him, some of this is explained later though and fixed by Gaea, but many miss this and only concentrate on the fact that he isn't being and doing what they think he should.
- I should also explain that he has some memories that were locked away and then deleted because of his rashness. This was simply a way to end the whole locked memory thing, the Acanti soul was a plot point to give him future memories of the MCU, beyond that it served no more purpose so I got rid of all the other useless knowledge, He was in no way nerfed as some would like to believe.
- I made him a little more emotional than I would like at the beginning, it was my attempt at trying to give him a personality after being criticized for the lack thereof in my last story.
- Ruthless? I don't think so, I'm going more the route of a fair Mc. He'll do more of an eye for an eye type stuff, gender does not matter to him when it comes to this.
- While the harem isn't the end all be all goal, it's true that he's going around getting women.
- I do have a story beyond the harem though and will not focus too heavily on the harem beyond the obvious. Mostly he just goes around sleeping with them and beyond that is anyone's guess whether they stick around or not, I do try and make it feel a little more real, but it is a harem.
___________________________________
- I do post more often on my Patreon, usually right after I'm done writing so it does have more chapters for reading.

- So If you wish to support me and read more, you'll find the link below -

-I have also posted this story on Royal Road and Wattpad.