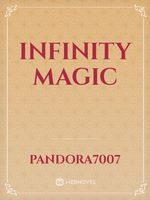 Fauryth is a fictional planet located far on the right side of Earth. Planet Fauryth's appearance similar with Earth except that the planet's pollution level is smaller than Earth due to Humans population fewer than BeastMen. It is inhabited by many kind of species consist of BeastMan, Human, several Earth species and some mythical species found only in Fauryth. Planet Fauryth is protected by the Elemental Guardian Dragons each with their respective 15 elements found in Fauryth: Fire, Water, Ice, Lightning, Wind, Rock, Earth, Forest, Steel, Venom, Beast, Light, Darkness, Dream and Divine in exception among ordinary element as the strongest element with no element weakness. One day, the guardian dragon of darkness sees the human race as inferior and manipulated the new leader named Tauron the Minotaur who govern Terran City to start a war and human genocide. This war is known as Faryth War where Humans and BeastMen fought to the point of Human race extinction as none survived in this War. Amy Symilton was born during the war and born as the daughter of human and guardian dragon. The Guardian Dragon of Divine saved her daughter from the genocide by letting the basket where she put infant Amy washed by the flowing river nearby during the human genocide. Growing up under Siren Lila's care, Amy noticed that the BeastMen is hunting every surviving human race after the genocide. Noticing that Tauron is responsible for the genocide behavior but as she travel further, she found out that it wasn't Tauron who was responsible but someone else is behind all of this, the Faryth War, the genocide and else. With the help of a banished demon from Hell named Fyre, Amy starts her journey far from home for the culprit. Can Amy figures out the main culprit of the Human extinction and her parent's death?