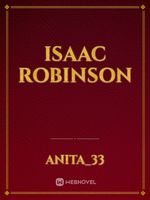 They say life is precious, but Isaac Robinson disagrees. 14 year old Isaac Robinson has gone through a lot, he has witnessed his own mother getting killed by his father when he was only 7. After that, being sent to several foster homes, numerous times, not so later being sent back to his father after he manages to escape out of prison.

They end up moving to Canada in order to not get caught by the police. After that, he deals with everything his mom dealt with his father. It seems like even the smallest thing manages to piss his father off and get him beaten, but like always he remains silent about everything happening in his house. If that's not enough, his new school was a hell, getting picked on, bullied, and sometimes even beaten up.

All the abuse and hate he has received his whole life has driven him to a life of crime. Who knew the sweetest little kid would become a ruthless criminal? Just as Isaac has given up on life, he meets Audrey Carter, will she manage to show him that life can get better before it is too late?