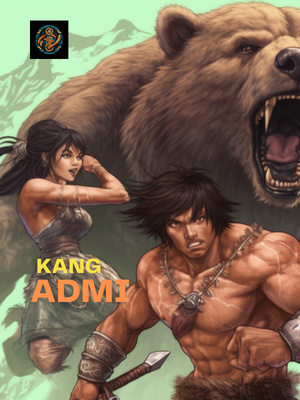 His body was on fire.

His fingers dug into the rocky surface, desperately finding every uneven surface or groove. Cauldwell glanced above.

He was only - two, no three - feet away from the next clearing. It'd be worth it.

Cauldwell focused on his internal thoughts. Inhaled. Gathered all the energy in his body to his sternum. A warmth radiated there.

Then, the energy slowly slid to his fingers and feet like a calm river flowing down pebbles in a small garden. He finally let out a slow, long breath. He was ready.

As he looked up again, he didn't just see the end of his journey, he saw the path. It was if the glare of sunlight peeking over the edge had radiated a path -- a path to the heavens.

His hand took hold of a jagged rock, he hoisted himself up and with his other hand, grabbed hold of another rock sticking out from the cliff. Soon enough, he was moving up the wall with ease. Nothing was stopping him.

At last, his hand reached the top of the cliff. With both hands set, he hoisted himself up to the landing and rolled over onto the soft, wet snow surrounding him. A cold, savage wind caressed past him, slicing him with thin, sharp snowflakes that bit at his face.

Cauldwell quickly rolled over onto his knees and kept his head low, protecting himself with the hood of his sleeveless black and red jacket. 'Not the best choice of attire,' he remarked.

He slowly took to his feet and stood. Squinting his eyes, shielding his face from the snow with his hand, he could just see it, the ruins of the Old Monastery of Amrita.

Cauldwell pushed open the wooden, chipped doors. They creaked as they worked against him, but it took him no additional effort to overpower them. As he entered, they slammed shut behind him, a welcomed relief as it also hid him away slightly from the cold elements outside.

Some light creeped in from the open passageways upstairs, but aside from that, he was left in a room of darkness. Extending his palm out in front of him, he focused his energy out. He felt the warmth, the waves of energy -- strong at times, weak at others, then strong once more. He could see a shape, an essence. A crackling.

As Cauldwell opened his eyes, he saw fire hovering above his palm. He took a deep breath in, then swung his palm around in one swift movement. The fire from his palm extended out around him and raged at once as they found a new home in the torches that now stood lit all around him.

His eyes open now, Cauldwell turned his attention to a wall of symbols and shapes, foreign to most. Though, his eyes scanned and paused across them, then continued on. It was almost as if he understood them.

Pfft. Clack. An arrow with a sharpened wooden head bounced off the wall in front of him and fell to the ground. A drop of blood from a new small cut, slid down his cheek. He wiped it away and returned his attention to the wall.

Cauldwell spun around, caught the arrow, and all in the same breath, swung around and used the momentum to cast the arrow from whence it came. It sped towards a shadow on the wall, which managed to drop to the ground in time to avoid getting hit.

The torches illuminated the shadow -- an archer -- in much the same clothing that Cauldwell wore, swapping out his jeans and sneakers for a more traditional one-piece suit and slippers.

The Archer quickly drew another arrow and pointed it directly at Cauldwell. The wooden bow creaked under the stress of the draw. The Archer's fingers slowly released the string, sending the arrow hurtling towards Cauldwell at breakneck speeds.

He stood strong, reading himself for the oncoming projectile...

"ENOUGH!" The power from the voice alone shattered the arrow into a thousand pieces as they dropped to the ground.

The Archer and Cauldwell both looked up to the source, a tall old Monk standing in the rafters. He took a step off and slowly descended towards the ground as if he was floating and in the same step, he now stood between the fiery rivals.

"I presume you are both here for the Flames of Rebirth?" he said, not facing either of them and closing his eyes as if he were meditating.

"I'm here for the tournament," the Archer said. It was a woman's voice.

"Do not be so eager, young one," the Monk warned. "An eagerness to take a life, will ultimately rob you of yours."

She lowered her bow and pulled back her hood. Cauldwell and the Archer avoided eyes. Instead, she focused her attention on the monk. "Where are the Flames?"

The Monk paused for a moment, to let the space empty of sound. Then, he spoke once more. "You are to both hike further up the mountain. One of the brothers shall meet you there and anoint you in the Flames."

He held out a small piece of cloth for Cauldwell. Cauldwell glanced at it with uncertainty. "What for?"

"Your wound," the Monk replied.

The cloth floated towards Cauldwell on its own, almost like directed by a piece of string. It stayed out in front him, waiting for him to accept it.

"The Beasts of the mountain will certainly be drawn to your blood. If you are to make it to the top, you must hide it as best you can," the Monk continued. "That is all for now. May the Ancient Ones smile upon you both."

A glowing, runic circle apparated above him. The Monk's body floated up into it, slowly passing through it, but not appearing out the other side. Before long, he was completely gone and the circle with him, leaving Cauldwell and the Archer completely alone.

Cauldwell managed to catch the cloth before it fell. The Archer looked at him pensively. She hesitated, then threw her hood back over her head and turned away.

"Come near me, Cauldwell and you die." With that, she exited the Monastery and left Cauldwell the same way he arrived -- alone.

A short introduction, I know...

Hopefully it's enough to whet your appetite. This 'was' a manga that I wrote and got illustrated, due to budgetary reasons, I only managed to get two chapters done, though I do have the dream of extending it further.

This will be a close adaptation, hopefully at some point this may help garner enough interest for future chapters of the manga.