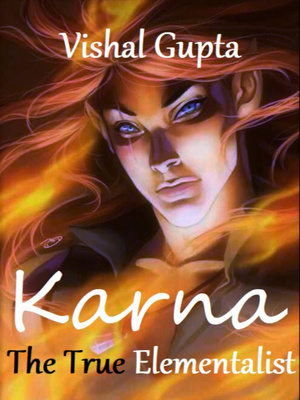 Karna, the legendary Archer & Son of the Sun God is reborn in the planet Mahi of the Parallel World. Magic, Sorcery, Martial & Ninja Arts, Holy Power etc. are utilized by the denizens of this world. However, only Elementalists are considered Supreme Power House. Being an Elementalist means having the ability to wield the power of Nature to directly affect the World itself.

How will he fight against Legendary, Historical and Contemporary figures? Can he team up with the Shenzhou (Chinese) Empire, Continental Army of America and the ASEIN, to fight against the The United Bryten Empire and the Nihon Empire (Imperial Japan)? Can he ally with Napolean, Jeorge Washintan, Benjamin Franclin and Einstein as he goes against Isaak Newtan, Alekzander Flaming, Karla Darvin and Mykal Faraway? To find, check out this serious yet humorous (because of the way of naming of characters) story!