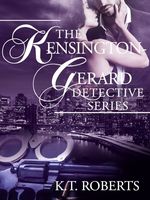 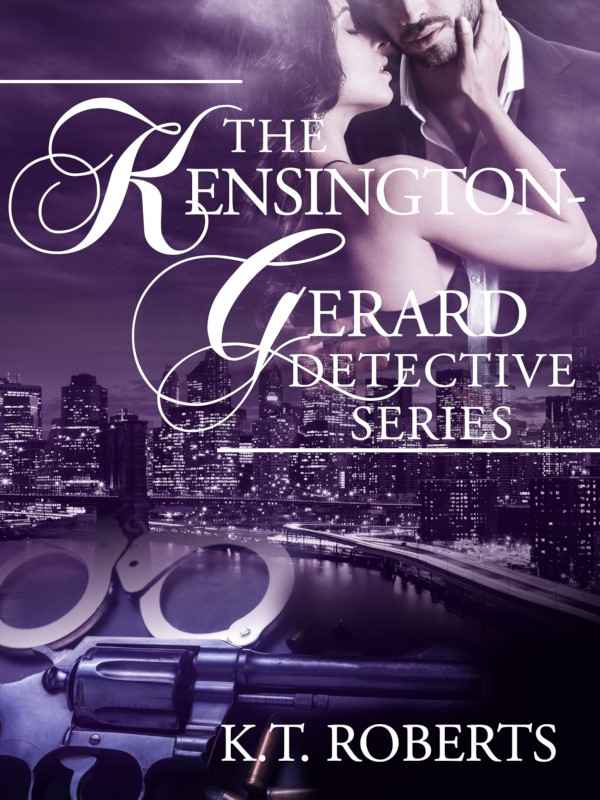 The Kensington-Gerard Detective series follows the careers of NYPD Homicide Detectives Jessie Kensington and her partner Zachary Gerard as they fight crime in the city that never sleeps. Jessie is a good detective, but is damaged with commitment issues that have a fearsome grip on her present. Gerard’s been around law all his life as seen through the eyes of his father, a hotshot attorney with a reputation for racking up not guilty verdicts on his son’s cases. That only adds to their already tenuous relationship.
Greed, betrayal, sexual tension, threats on their lives, abductions, and missing witnesses makes for an ongoing parade of cases that seem unsolvable, but the fascination of seeing the evidence mount, regardless of setbacks, the pieces of the puzzle always seem to fit into a nice neat little package. In the end, persistence on Zach’s part opens Jessie’s mind to the fullness of a life her heritage has denied her. THE KENSINGTON-GERARD DETECTIVE SERIES IS CREATED BY K. T. ROBERTS