Killing Xianxia Protagonists With An AI System In Another World! - Eastern Fantasy

/ Eastern Fantasy / Killing Xianxia Protagonists With An AI System In Another World! 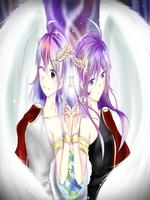 Killing Xianxia Protagonists With An AI System In Another World! KILL YANG YI

"Cultivation resources? System I can handle it, this bro is a time traveller so I know all the mysteries of this world!"
"Seducing girls? System you don't need to interfere, I don't need a fucking walkthrough to chat girls up!"
"Stat boosts and cultivation techniques? System I don't need your help, this bro was a True Immortal in the past timeline!"

"Just give me missions! Nice, detailed missions! Missions that have a clear objective to fulfil! I don't even need any rewards for completion, I just need the ability to clearly know what I need to do... to kill those bastard protagonists that I am fated to oppose!"

Time travelling back to the moment he transmigrated from Modern Earth into this mysterious world of cultivation with a System, Shu Yidan's journey began once again!

Killing the bastard who is this world's protagonist until he is deader than dead!!!

Because he has a System!
A System that can scry into the fate of the world and give him missions that pinpoint exactly where this bastard is hiding, what this bastard is scheming and how to perfectly destroy this bastard's schemes!

All protagonists with a cheats and golden fingers, beware! The Master of the Villain System is coming!