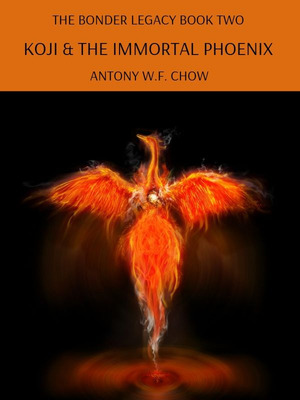 [AUTHOR'S NOTE 07/18/19: The Beta version of KOJI & THE IMMORTAL PHOENIX will remain online until Sunday, July 21, 2019. The finalized version will be available on Amazon and Kindle Unlimited on July 23rd.

To save his kingdom, he must confront the Immortal Phoenix and obtain the Eternal Flame!

Calamity has struck the Northern Kingdom of Nephosia! The demons have opened a portal in their capital city! To destroy it, Koji Adalwin Becker, the Prince Consort and future successor as King, must convince the Immortal Phoenix to give him its Eternal Flame!

However, this assignment isn't simple because the ancient, divine beast has her own agenda. To acquire this special fire, Koji must pass the Trials of the Immortal Phoenix. Furthermore, can his mortal body accept the Eternal Flame without burning into ashes?

Koji must find a way to temper his body to receive this fire. But he must hurry and complete this mission before trapped citizens within Nephosia, including the King and Queen, succumb to darkness forever!

KOJI & THE IMMORTAL PHOENIX is Book Two in The Bonder Legacy Series, and contains GameLit/LitRPG, harem, cultivation, wuxia, xanxia, and Eastern fantasy elements. Because there are numerous explicit scenes, this book is suitable for mature readers only.