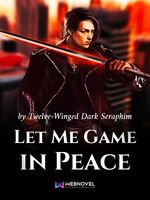 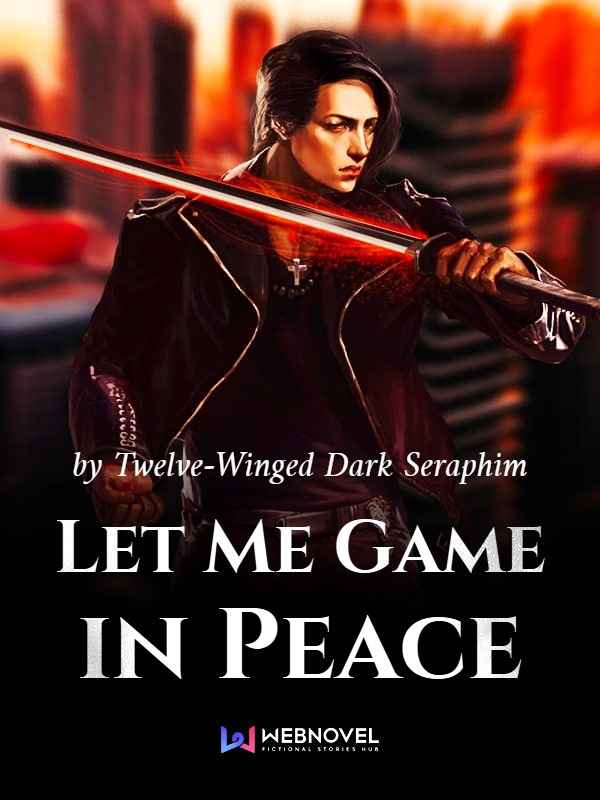 Let Me Game in Peace

Chapter 1: Abandoning Himself to Vice

"After the dimensional storms decades ago, multiple dimensional zones appeared across the world—gods, immortals, ghosts, monsters, angels, devils, elves, etc. All kinds of legendary dimensional creatures were discovered. Via hunting these dimensional creatures, humans acquire their powers…" As the grizzled Yu Qiubai lectured, he would occasionally cast his gaze to the corner seat at the back of the classroom.

The other students were listening attentively, but the boy in the corner had his textbook in front of him while sleeping with his arm lay outstretched on the table. From time to time, one could hear faint snoring.

Yu Qiubai shook his head indiscernibly as he sighed inwardly. So what if you are talented? What can you accomplish if you falter from a single setback? Although the setback from that failure was big, not recovering from it really doesn't make him live up to the former principal's approbation of him.

Yu Qiubai recalled what the former principal had said to him before his retirement. Looking back at the boy sleeping soundly on the table with drool hanging from the corner of his lips, he couldn't help but shake his head and sigh.

"Qiubai, I've seen many geniuses in my life. In summary, there are two types of geniuses." The former principal back then had very bright eyes.

"What are the two types?" Yu Qiubai had asked curiously.

"One type of genius is called Zhou Wen, the other type is the other geniuses."

The former principal's words left a deep impression on Yu Qiubai, but the student who was given heaps of praises by the former principal was now a degenerate, one who had no intention of improving himself. All he did was sleep in class. After class, he would be gaming on his cellphone.

Yu Qiubai had attempted to bolster Zhou Wen's confidence in the past, hoping that he could rally him up. But despite the numerous pep talks, Zhou Wen remained the same. He continued sleeping in class and gaming out of class. He didn't focus on cultivation as though he had lost all sense of enterprise.

With the bell ringing to mark the end of class, Yu Qiubai saw Zhou Wen sit straight up, having awoken from his sweet slumber. Without even turning back, he grabbed his phone and rushed out of the classroom. This only disappointed Yu Qiubai as he muttered with a sigh, "Principal, I've tried my best. Unfortunately, Zhou Wen is a hopeless case."

Zhou Wen jogged the entire way and soon left the building before coming to a secluded corner in the school compound.

He wasn't oblivious to the strange looks his teachers and schoolmates gave him, but he didn't take it to heart.

Others believed that Zhou Wen had wallowed in self-misery because he had failed to handle the setback, but he knew very well that he had never taken the defeat to heart. The reason he was "abandoning himself to vice" was due to an incomprehensible reason that even he couldn't explain.

After ensuring that no one was looking at him, Zhou Wen pricked his finger and dripped a drop of blood onto the screen.

Ever since the dimensional storms, all sorts of dimensional life forms had appeared. They were roughly categorized as Mortal, Legendary, Epic, and Mythical. Humans stood at the bottom of the totem pole as Mortals. By cultivating in Essence Energy Arts, they could raise their constitutions and evolve to higher life forms.

However, simply cultivating in an Essence Energy Art to hone one's body and evolve was extremely slow. Hunting dimensional creatures and robbing them of their dimensional crystals for one's own use allowed accelerated evolution.

Pan-dimensional creatures lurked in dangerous places. Other than the zones where humanity had explored, the other zones were almost a sure ticket to death. Not everyone was willing to risk their lives.

The Ascetic Meditation, which Zhou Wen had cultivated, was also an Essence Energy Art. It solely relied on arduously tempering one's body to cultivate Essence Energy without the reliance on external forces.

In the federation, there were plenty of sixteen-year-old geniuses who could produce Essence Energy from cultivation, but few people on Earth could do it simply by cultivating Ascetic Meditation and tempering his body to produce Essence Energy, especially without any external help. He was the only one capable of doing so in the history of the small town of Guide .

Zhou Wen stopped cultivating arduously after that. He appeared to abandon himself to vice. People imagined that he was mentally weak and couldn't suffer the setback, but Zhou Wen knew very well that his change had nothing to do with the failure. It was completely because of the mysterious phone in his hand.

Zhou Wen looked down at his phone as he kept controlling the blood-colored avatar on it to slay the black ants in an Ant Nest.

Notifications quickly flashed past as he killed every ant.

Zhou Wen focused his gaze and saw a crystalline body resembling a diamond that appeared after a Vigor Ant was killed. On it was the number five.

Simultaneously, Zhou Wen felt strength surge into his body from his phone as though he had been struck by lightning. It caused the Essence Energy within him to be rapidly replenished.

The Essence Energy entry in the blood-colored avatar's stats went from four to five.

After killing a dimensional creature, there was a chance that various kinds of crystals would drop. The most common crystals were Strength, Speed, Constitution, and Essence Energy Crystals.

The usage of Strength Crystals enhanced the Strength of humans, while using Speed Crystals increased one's speed. The other crystals had similar effects.

But in reality, crystals didn't have numeric displays. Humans couldn't see their own stats and only knew that their Strength increased after using a Strength Crystal without knowing the exact quantitative increase.