Living Behind A Mask - Eastern Fantasy

/ Eastern Fantasy / Living Behind A Mask 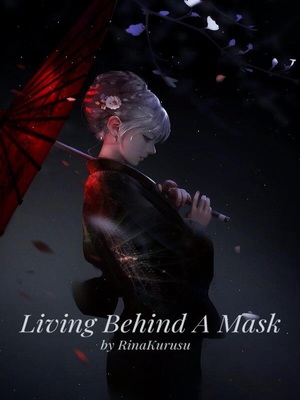 Living Behind A Mask LBAM

She grew up as an orphan who lived on the streets, witnessing and experiencing the horrors and cruelty in life.

At a tender age of five, she was already a little girl with a cold and mature demeanor as she fought to survive in her harsh environment until the day she met the man who saved her from her miserable fate.

The man became her teacher, her father and the reason she lived. She did everything she was told without question. Everything. Whether it was to fight, hide who she was or conflict with what she wanted.

She would give up everything to follow him just so that she would never be alone, even her life.

In the end, she ended up doing exactly that but she had no regrets even in her dying moments. Just a peaceful smile as she stared at her benefactor's tear-stained face amidst the fire that was burning the temple they lived in.

Raising her pale, trembling hand, she wiped away the tears from her beloved master's face before she coughed out blood and gave him another smile.

"Thank you Master... for everything." she whispered before she closed her eyes and her hand fell with a thud. A small serene smile on her lips while blood trickled out.

"Little Rin, I'm sorry... I'm so sorry..." he gasped between heaving sobs as he clutched the body of his beloved student to him.

Grief shaking his body as his chest clenched painfully as if something was breaking and to him there was. The young girl was not only his student but someone he considered to be his own daughter and the guilt he felt over her death almost overwhelmed him.

With a shuddering breath, he gently laid her down and kisses her forehead before straightening up.

"My little flower, be at peace. Master will make things right."

As soon as he finished speaking, a bright light slowly emanated from his body and enveloped the young girl blinding those who surrounded the temple before an explosion occured, leaving nothing behind.

Unbeknownst to the girl, her soul who was supposed to descend to the netherworld was encompassed by a warm, bright glow until it all slowly faded. Just like that, all the things she has ever known, ever had and ever met disappeared and everything changed.

Then she opened her eyes.