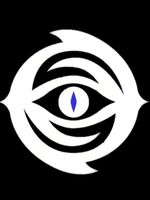 Bell Felipe a man in his mid 20's finds himself being treated in a hospital. After yet again passing out wakes up to find himself shrunken down to his teenage body in an exact replica of his old highschool. To his surprise he is actually in purgatory the border between life and death. Here he and his colleages must train for an entire year so they can then fight all kinds of monstrosities while guiding thousands of lost souls to the afterlife in order to come back to life or wither away in battle by the passage of time.